You are here: Home / Motorsport / 2022 / Rallying’s gentleman was inspirational

The motorsport world was saddened to hear of the death of legendary rally and race driver Paddy Hopkirk, who passed away 21 July aged 89.

Paddy first hit the headlines January 1964 when he and Henry Liddon won the glamorous Monte Carlo rally after starting in Minsk driving a red and white British Motor Corporation 1071 cc Mini Cooper S. Designated car #37, Paddy later made this number along with the Cooper’s 33 EJB registration number well-known among his marketing logos. 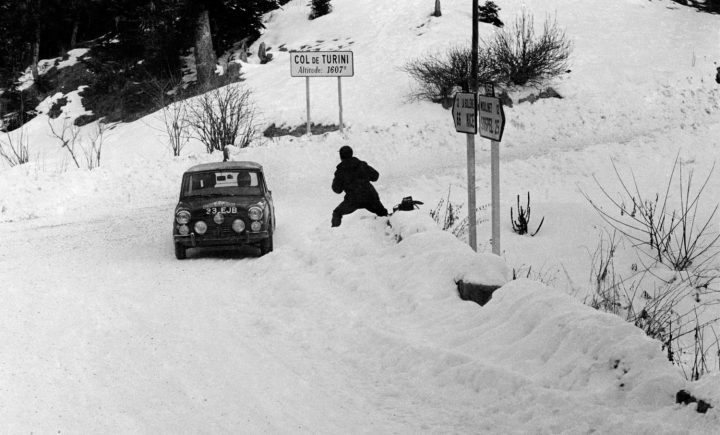 Perspicaciously, Paddy capitalised on his Monte success together with the Mini’s emergence as a 1960s winning race/rally steed by forming Paddy Hopkirk Motor Accessories, specialising in all things associated with the BMC Mini.

He even wrote a weekly Sunday Mirror cartoon column, illustrated by Nick Faure, to help make people better drivers and on the launch of the ‘new’ MINI in 2000, he was appointed brand ambassador by its perceptive German manufacturers, BMW.

Born in Belfast April 1933, Paddy learnt car control at the age of nine, after a local clergyman left him a motorised invalid carriage in his will and Paddy drove it on a closed estate!

Mercifully, this very primitive vehicle with only rear brakes was followed by a more stable motorcycle and sidecar and then the comparative luxury of an Austin 7 tourer. In the early 1950s Paddy dropped out of Trinity College Dublin and worked for a VW dealer while hill-climbing, rallying and crossroads-auto testing a series of Beetles. 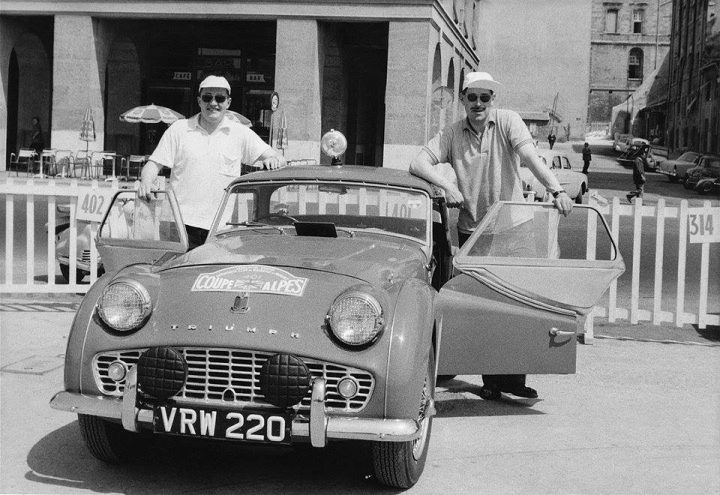 By 1955 Paddy was almost a professional driver employed by the Standard Motor Company driving TR2 and Standard Eight saloons. Results included third in the Tulip Rally, his first international before he moved to the Rootes team and scored third and class win on the Alpine Rally and several other podium places in a Sunbeam Rapier, including Circuit of Ireland wins 1961/2. Also successfully racing a Sunbeam Rapier in the British Saloon Car Championship race supporting the British Grand Prix.

By 1962, the mechanical frailty of Rootes cars steered Paddy to BMC, initially driving an Austin Healey 3000 in which he scored a good second overall in the RAC Rally, despite driving with a tyre-shredding puncture. In 1963 he drove Mini Coopers to sixth on the Monte, second on the Tulip, sixth the tough Sofia-Liege-Sofia and fourth on the RAC. Also displaying his great versatility to score third overall on the multidiscipline Tour de France, race, rally, and hill climb event.

Then early 1964 came the breakthrough with victory in Monte Carlo that changed Paddy’s life for ever, making his name synonymous with the Mini. BMC’s proactive PR man Tony Dawson helped it happen by flying the winning Mini Cooper and crew back from Monaco to appear that weekend on the most popular TV variety programme of the era, Sunday Night at the London Palladium to universal national acclaim. 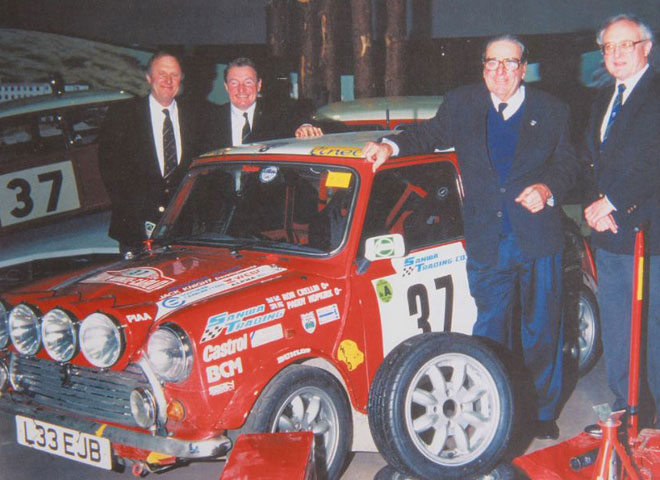 Following that epic Monte Carlo victory, Paddy’s BMC career continued including several appearances at Le Man, Sebring, and Daytona endurance races in Sprites and MGBs. Also, at Bathurst where he drove a Cooper in the 1965 Mount Panorama Armstrong 500 co-driven by Finnish rally driver Timo Makinen.  Just to prove his virtuosity, Paddy also scored victory the Circuit of Ireland 1965/67, the 1966/67 Alpine and the gruelling 1967 Acropolis Rally.

Famously on the 1968 London to Sydney Marathon, Paddy and co-driver Tony Nash eschewed their chance of victory in BMC’s 1800 Landcrab by helping rescue badly injured Lucian Bianchi from his burning Citroen DS 19 after a violent road accident, finally finishing second overall to the Hillman Hunter of Andrew Cowan. In 1970, Paddy finished fourth the World Cup rally in a Triumph 2·5 PI, again with Tony Nash.

Paddy then moved back from full time driving to concentrate on business interests but made several cameo appearances on events that captured his imagination, whilst also driving as competitively as ever!

This included 3rd overall on the Singapore Airlines London to Sydney re-run in a Citroen CX 2400, winning the 1982 RAC Golden Fifty Rally in a Mini Cooper co-driven by Brian Culcheth and victory on the tough 1990 Pirelli Classic Marathon with fellow Irish racing and rally BMC teammate, Alec Poole, in a Mini Cooper S Poole had prepared – just to remind everyone that Hopkirk’s in-period successes were no fluke! 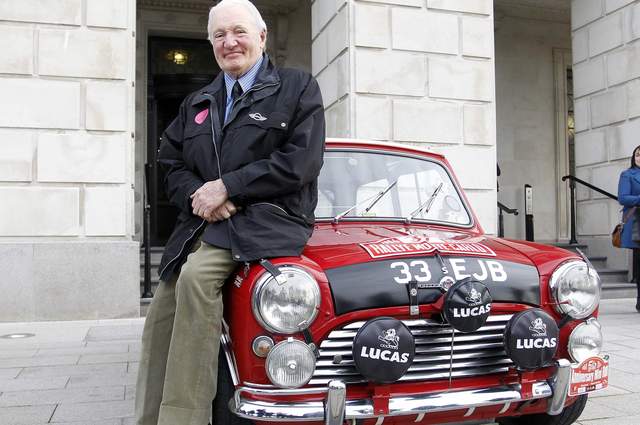 In recognition of his international racing and rallying achievements, Paddy was awarded an MBE in the 2016 New Year’s Honours list, and he was elected a full member of the British Racing Drivers Club in 1967, rising to become a board member, Vice President, then popular President of the prestigious Club 2017-19, during which time he helped renegotiate the British Grand Prix contract with F1 owners Liberty Media.

Unfailingly courteous, friendly, polite, and approachable, Paddy was a consummate communications professional. The full details od his real-life adventure story is captured in; ‘The Paddy Hopkirk Story’, published by Haynes in 2005. For sure, news of his Monte Carlo Rally victory some 58 years ago inspired many schoolboys’ interests in motorsport, your writer included!

It’s impossible to do justice to Paddy’s many motorsport successes in this short appreciation and we offer our sincere condolences to his Abergavenny-born wife Jennifer, children Katie, Patrick, and William and his six grandchildren.