The death of Vic Elford in Florida on 13 March at the age of 86 has robbed Great Britain of one of its finest and most versatile endurance sports car drivers of the 1960s, writes Ken Davies.

Victor Henry Elford was one of the most versatile and intuitive drivers of his era, driving in 13 World Championship F1 Grands Prix 1968-1971 and scoring a total of 8 championship points, but this was merely the tip of Elford’s sizeable Iceberg. 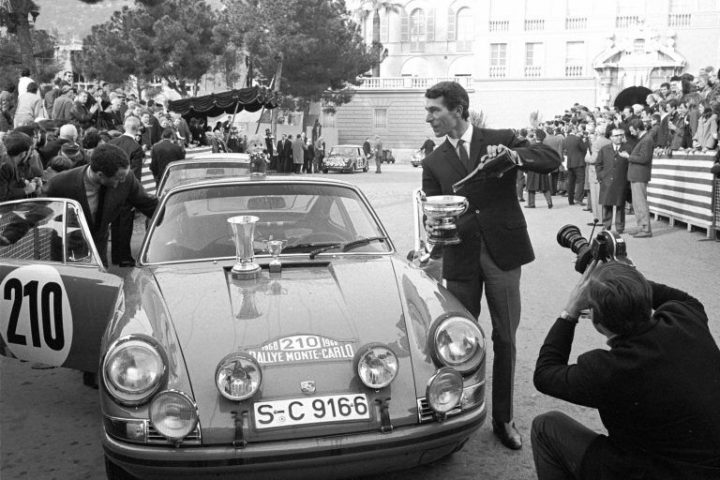 He truly lived up to the sobriquet “Quick Vic”, bestowed upon him by his peers and became synonymous with Porsche, particularly in endurance sports car racing.

Born in Peckham, London, Elford’s stellar racing career first started in rallying, co-driving for David Seigle-Morris in a Triumph TR3A, before purchasing a race-tuned BMC Mini which he rallied as a privateer with limited success 1961.

In 1962 he rallied a works DKW Junior with more success, and the following year joined Triumph and impressed with his pace in the new TR4, but mechanical unreliability blighted his results, before he began a more successful 3-year stint with Ford and the GT Cortina in 1964.

Elford then moved to Porsche with whom he won the 1967 European Rally Championship with a 2-litre 911 before achieving an extraordinary string of successes in 1968, first winning the Monte Carlo Rally with co-driver David Stone in a 911T in January then a week later, he was one of five drivers sharing the victorious long-tailed Porsche 907 in the Daytona 24 Hours, Porsche’s first ever win in a 24-hour race.

That wasn’t all, in May he scored a win that he later described as his sweetest victory. After losing 18 minutes with a puncture and lost wheel, Elford annihilated the lap record to win the Targa Florio, sharing a Porsche 907 with Umberto Maglioli. Elford’s photographic memory of Sicily’s daunting 45-mile Circuito Piccolo delle Madonie together with the Nurburgring Nordschleife and Spa circuits were unparalleled and contributed to his successes.

To underline his supreme versatility, he took fourth on his world championship Formula 1 debut at the French Grand Prixat Rouen Les Essarts in a Cooper-BRM just two months later.

Also, in May 1968 he won the Nurburgring 1000Km with Jo Siffert, his first of three successes in one of the toughest endurance events on the calendar, each scored in various iterations of Porsche’s 908. It was perhaps no surprise that his incredible memory, combined with experience gained from contesting and winning the grueling 84-hour Marathon de la Route in 1967, made Elford a true ‘Nurburgring Meister’.

Surprisingly, Elford’s single-seater career never really took off and out of 13 championship GPs, fourth place was his best result.

Undeterred, he became one of the world’s leading sportscar drivers, forming a strong relationship with Porsche Development & Motorsport boss Ferdinand Piech, the architect behind the 917. Elford became fond of the legendary 917 behemoth, even the formative wayward 1969 version, and described it as: “the ultimate Le Mans car”. Ironically, it was the only classic endurance race that he never won.

In 1969 Elford and Richard Attwood almost won at Le Mans on the 917’s debut. And, once the JW Automotive Gulf team had taken over Porsche’s factory world sportscar programme, Elford proved a constant thorn in their side, driving a Porsche Salzburg and later Martini version, often using JWA’s latest discarded development ideas to good effect!

In 1970 he took pole at Le Mans in the latest long-tailed 917LH and could have won alongside Kurt Ahrens Jr but for engine failure. Ironically, the race was won by Attwood & Herrmann in the red and white Saltzburg car and Elford had to wait for his first 917 victory which came alongside Gerard Larrousse in the 1971 12-Hours of Sebring.

Although outright success eluded him, Elford won his class twice at Le Mans. In 1967 with a Porsche 906 and again in 1973 with a Ferrari 365 GTB/4. Although he raced five years for Porsche, Elford also raced for Lancia, Alfa-Romeo, Ferrari, Chaparral, Shadow, Cooper, Lola, Chevron, and Subaru and drove a McLaren in both F1 & CanAm, and a Chevrolet in TransAm at the 1970 height of the American championship before finally retiring to south Florida in 1973.

Universally regarded as one of motorsport’s greats, Elford raced in the British Saloon Car Championship and won the first ever rallycross at Lydden Hill, all in Porsche GB’s much-used 2-litre 911 GVB 911D in 1967. 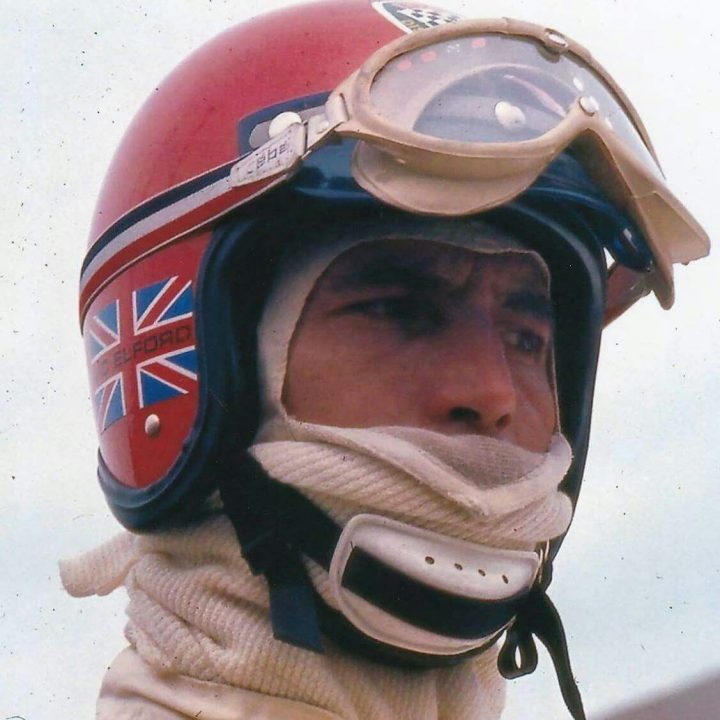 Although the absence of that elusive Le Mans win on his CV after eight attempts was one of Elford’s enduring regrets, he is still regarded as a Le Mans legend and one of the few drivers capable of taming the fearsome Porsche 917 and relishing the early version, complete with erratic handling, dodgy aerodynamics and 386 kmh top speed!

For sure we are unlikely to see a more rounded and versatile racing driver than ‘Quick Vic’ Elford again, wearing that familiar red crash helmet, bedecked each side with union jacks. RIP Vic. We extend our condolences to his family and many friends throughout the world.

©  Images courtesy of the Vick Elford Archive, Ford, and Porsche