You are here: Home / Newcomers / 4x4 / Next VW Amarok revealed and it’s diesel only

Volkswagen will launch its new Amarok pickup later this year.

It will feature the latest driver assistance systems in its sector and offer greater comfort with added off-road ability thanks to higher ground clearance. 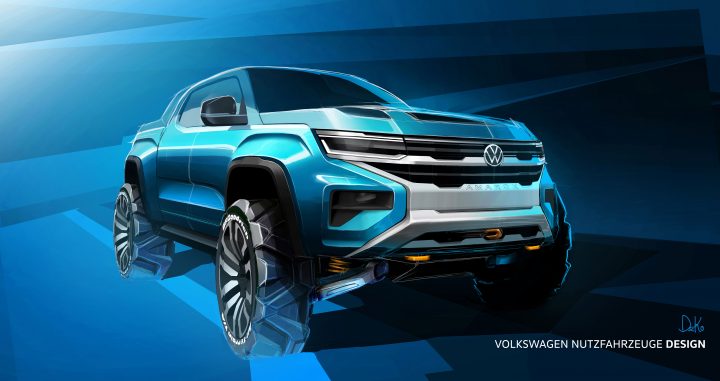 As powerful as ever: the new pick-up from Volkswagen Commercial Vehicles in Hannover once again boasts a V6- TDI.

This will not just delight existing Amarok fans – it will win new target groups for the premium pick-up. The whole exterior of the new, sporty Amarok is now even more defined and promises plenty of towing power and torque while the premium character of the interior has also been further enhanced. 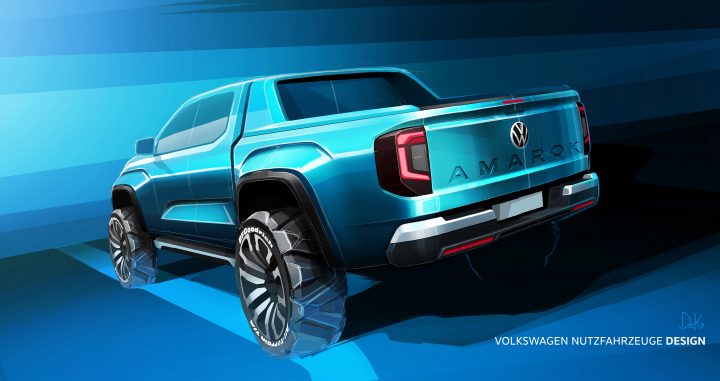 The future intention to offer hybrid electric drive has not been mentioned in the release,  or the possibility of the next  Ford Ranger based on the Amarok following the two car makers’ announcement for future joint ventures. What this space.