A Ford Escort RS Turbo driven by Diana, Princess of Wales, and seen in many photographs has sold for  £650,000 at auction. 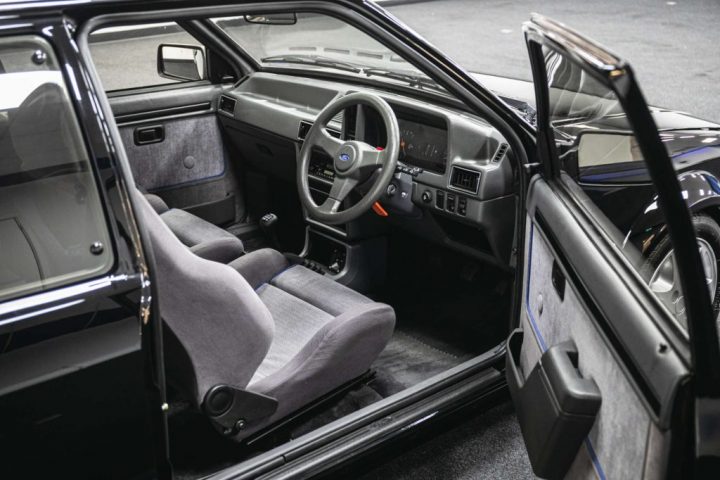 The black Escort driven by the late royal from August 1985 to May 1988, went to a UK buyer at the Silverstone Auctions last week and including the auctioneers premium cost £730,000 in total.

Five months ago on 1 April Honda broke with news of its Co-Pilot front passenger seat for pets as an seasonal joke, but it’s now become a reality.

A new range of accessories which can also be retrofitted to some older models, comprise a dog guard, rubber mats, boot mats, foldable cargo mat, plus a boot step protector.

Seven in ten (70%) drivers between the ages of 17-24 say they have relied on financial support from their parents towards their motoring costs in the past 12 months – receiving an average of £781 – according to new research from Comparethemarket.

More than half of parents (55%) who contributed to the costs of their child’s driving did so for the first year after they passed their test, over a quarter (28%) contributed for the first two years during which their child was on the road and 8% kept up the contributions for three years or more.

Auto Trader says that contrary to recent speculation of an imminent crash in prices and faltering levels of demand, a quick look under the bonnet reveals that the used car market remains in robust health.

In fact, average used car prices continue to grow year-on-year (YoY), increasing 15.6% in August on a like for like basis and typically now a model costs just over £17,000.

TomTom maps and real-time traffic data have been chosen by Hyundai Motor Group to support its entire vehicle line-up in Europe.

Over the coming years, millions of Hyundai, Kia and Genesis vehicles will come equipped with this technology as standard.