That final journey is now more sustainable than ever after Co-op Funeral Care started using an adapted Nissan Athena Electric Hearse in Scotland. 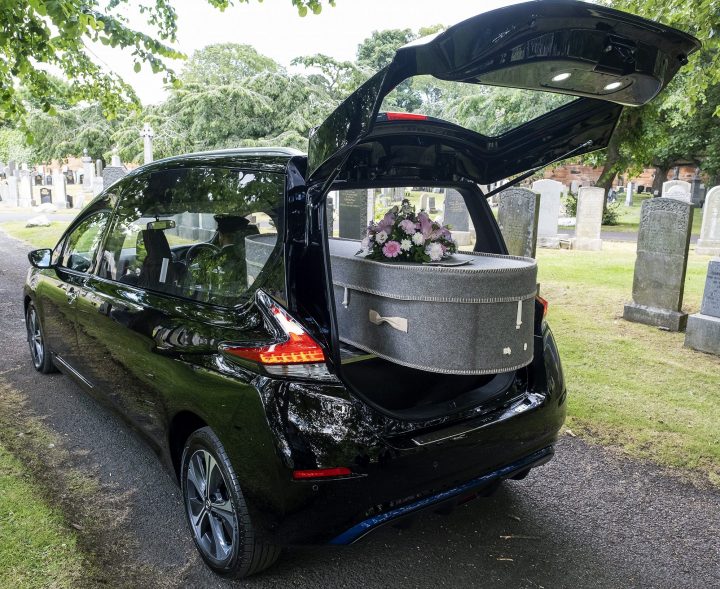 Based on the LEAF floorpan the modified carriage is the first of a nationwide programme which will see more ev hearses and charging points fitted in funeral care centres where they are supported by a number of electric Nissan Maxus Private Ambulances.

Prime Minister hopeful Richi Sunak has promised a second Freeport in Wales after the UK and Welsh Governments gave the go-ahead for the first in May.

Now, as part of his bid to lead the Conservative Party, Mr Sunak says Wales should have one in each of South or North Wales, subject to successful bids being put forward by ports covering economics, employment and transport links for the tax attractive centres.

BMW is recalling some of its iX and i4 electric vehicles because of a risk of the batteries bursting into flames.

BP will invest up to £50m in a new global battery research and development centre.

The will be at the HQ for BP’s Castrol brand in Pangbourne, Berkshire and operational by the end of 2024 with specialists dedicated to advancing the technology before Britain moves to end petrol diesel car sales in 2030.

Cazoo has posted a £243M loss in its half-year results for 2022 and more than double its losses in the same period last year.

It has sold more cares in the same period but made less from them and will cut 750 jobs, end its subscription service and reduce assets while chief financial officer Stephen Morana has been replaced by Paul Woolf, who has worked at the AA among other companies.

Stellantis had been ordered to pay almost £246m after its US unit, formerly Fiat Chrysler Automobiles, admitted criminal conspiracy.

In a case that predates Stellantis’s formation of FCA, the firm admitted making false representations about diesel emissions relalting to 100,000  Jeep Grand Cherokees made between 2014 and 2016, and Ram 1500 diesels.