To boost the re-opening of showrooms across its dealer network in England and Northern Ireland, and Scotland from the end of June, Mitsubishi Motors in the UK is now offering its customers savings of up to £4,000 until September 28, as well as the assurance of prompt delivery of their chosen vehicle either to their local dealership or to their home free of charge.

Anyone purchasing a new seven-seat Outlander petrol or Outlander PHEV – the UK’s best-selling plug in hybrid – can save £4,000 off the retail price on most variants. Eclipse Cross customers can save up to £3,500 depending on the version they choose and there are savings of up to £2,500 available on the new Mitsubishi ASX and £1,000 on the recently-launched Mitsubishi Mirage.

Over a third of people questioned are planning to stop car sharing permanently in the wake of COVID-19 according to Motorpoint.

A new web-based survey found 41.3 per cent of people thought giving a lift to people was now a thing of the past due to the pandemic.

Motorists who park on a pavement should receive a fine, penalty points or even community service according to a new study by online parking portal YourParkingSpace.co.uk.

According to the latest research almost 2-in-10 want to see a £50 fine or less, 1-in-10 favour a £100 fine or more, while about 1-in-20 want to impose three points on a driving licence or even community service.

The potential future impact of coronavirus on the remarketing sector is to be tackled at the Vehicle Remarketing Association’s online Annual General Meeting on 1 July.

Three different speakers will tackle four different scenarios include an easing of lockdown with coronavirus under control, a national second wave, localised outbreaks, and a successful inoculation programme.

China has throttled back on its all electric vehicle drive.

The country has now agreed to allow more petrol-electric hybrids to be assembled and sold to make it easier to meet tough emissions quotas and give buyers more choice than with much dearer BEVs. 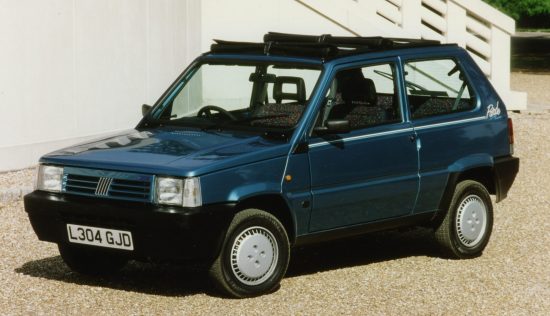 When the best-selling single in the UK was Don’t Stand So Close To Me by The Police, the world was gripped by the Rubik’s Cube and everyone found out who really shot JR, Fiat launched an all-new three-door, five-seat hatchback called Panda.

Penned by design genius Giorgetto Giugiaro of ItalDesign, the Panda sat on a brand new front-wheel drive platform with styling cues of robustness and utilitarianism and has sold 284,000 units across the UK since its unveil in 1980.