Pricing and specification for the Mazda2 Hybrid has been announced.

Arriving in the UK in May, and available to order now, the Mazda2 Hybrid will be offered across three trim grades: Pure, Agile and Select with prices from £20,300 as a result of a joint venture with Toyota, who will make the car and badge it as a Mazda. 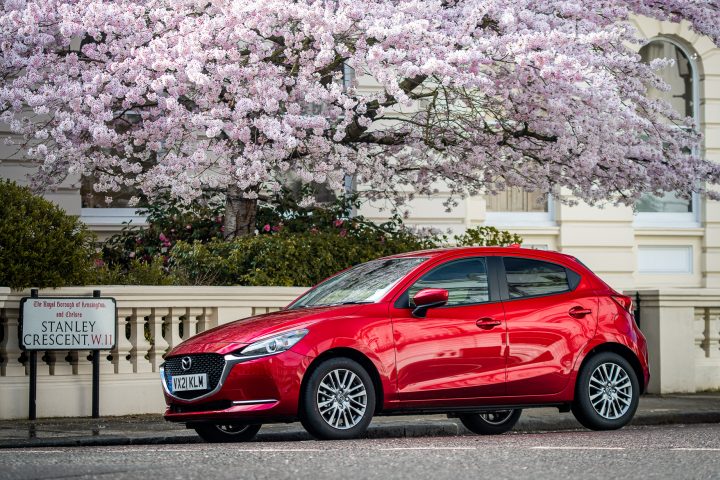 Kia partnered with Feefo in October 2020 to give prospective customers access to reliable, independent feedback from real Kia owners. ‘Gold Trusted Service’ is one of the highest accolades from Feefo, and is only given to businesses delivering exceptional experiences, as rated by real customers based on the number of reviews they have collected and their average rating, receive the award.

As the latest figures reveal inflation hit another record high last month, the average price of a used car on Auto Trader reached an all-time high of £20,340 last week, a 29% like-for-like increase on the same period last year and the 93rd consecutive week of price growth.

This acceleration is being fuelled by the ongoing imbalance of supply and demand in the market – the ongoing constraints in new and used car supply, coupled with exceptionally strong levels of consumer demand.

Bonded aluminium is light-weight and rigid, offering superlative performance and environmental advantages and the Polestar engineers based near Coventry have perfected the production for mass manufacturing with body and platform made in unison.

Volvo Cars has for the fourth year in a row received the highest rating for its sustainability performance from EcoVadis, a leading provider of corporate sustainability assessments, further reaffirming its position as one of the most sustainability-minded companies in the car industry.

According to EcoVadis, Volvo Cars’ sustainability performance deserves an Advanced ranking for its “structured and proactive approach”, based on the agency’s methodology and the Platinum Medal rating places Volvo Cars in the top one per cent among all 75,000 companies assessed by EcoVadis.

YourParkingSpace.co.uk is paving the way for families to slash their parking bill this February half-term by shunning traditional car parking in favour of allocated parking on empty driveways.

Indeed, research conducted by YourParkingSpace has revealed that those planning a half-term day trip or minibreak could make huge savings of up to 80 per cent just by pre-booking via the online parking portal if planning to visit some popular destinations in urban areas.

Electric Assisted Vehicles Limited (“EAV”), the Oxfordshire-based sustainable zero-emissions vehicle manufacturer, has completed a funding round led by H+ Partners, which will allow the business to increase production capacity, deliver customer orders, recruit key staff and scale up its R&D and engineering capabilities to accelerate the development of new models.

“The last two and a half years have seen EAV complete successful commercial trials in a number of new business sectors, from logistics to facilities maintenance and even waste management,”

Used car prices are unlikely to drop significantly until February 2023 as new car supply continues to push up prices.

That’s the view of one of Auto Trader’s chief operating officer Catherine Faiers speaking exclusively to the Car Dealer Podcast this week.

The Nissan Interstar van, formerly the NV400, has been slammed for its poor safety equipment and putting marketing before engineering, by Thatcham Research after crash tests.

They point out the platform is shared with the Renault Master which has a better safety critical autonomous emergency braking system.