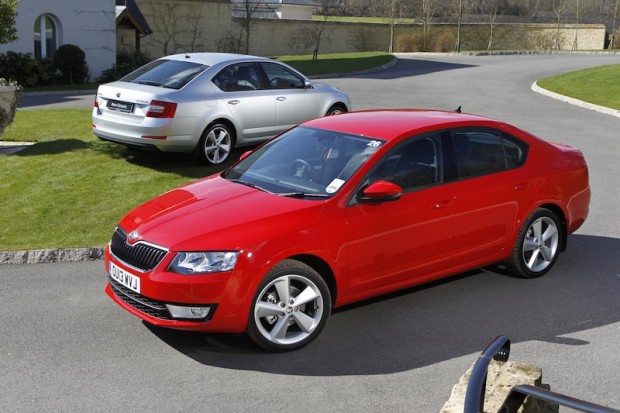 The name is the same but the new Skoda Octavia is a whole new ball game.

The first in the Skoda range to be developed on the latest modular platform from parent Volkswagen Group, the Octavia is bigger inside with an extended wheelbase to provide more room but its also 100kg lighter.

This not only reduces fuel consumption because it allows smaller engines to be used, but it also improves the handling and performance over the previous second generation Octavia.

The third generation in showrooms from 16 March has also returned to Skoda’s roots and packed in a lot of equipment and features as standard or for a fraction of their individual cost. The difference is most marked on the top model which has £5,300 of added value over the previous version but there are big savings throughout when you compare like with like between the generations.

It joins the evolving Skoda range at a significant time, said Skoda head of public relations Cathie Sleigh, who pointed out that not only were global sales up 6.8pc to a million models but the UK dealers delivered 53,000 cars last year, representing a 2.7pc market share.

On a rolling basis so far this year the boom has continued with a 2.8pc share and sales are actually up 8pc above 2012 and there are further new models on their way led by the Superb Estate and 4×4, Octavia vRS, an additional Rapid and face-lifted Yeti.

Octavia product manager Vicky McGill said over a third of the UK’s 2M cars registered in 2012 were in the lower medium sector and half of them were hatchbacks where the new Octavia will be competing.

“It’s a really competitive market with the Focus, Astra and 308 and we want to do something different,” she said. 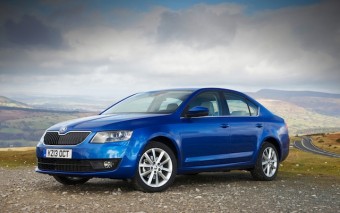 “The new Octavia has been carefully packaged and priced so it appeals across the board, from the buyers whose main consideration is cost to those who value technology and design and the buyers who wanted a lot of equipment.”

Ms McGill added that Skoda UK believe fleet sales of new Octavia will rise from 39pc to 57pc and that it will prove particularly popular because of its cost, lower insurance, added equipment, low emissions and BIK figures.

Skoda UK believe it will sell 10,000 Octavia models this year and over 17,000 in a full year, particularly when further models are added to the range including a Greenline model emitting just 87gkm.

She added that Skoda was keeping its options open with powertrain and equipment derivatives to meet changing market and economic factors. 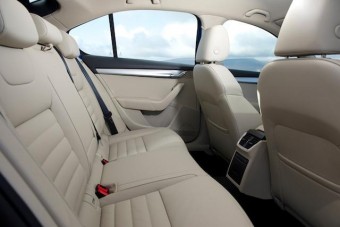 The petrol engines have 6sp manual gearboxes but the diesels come with a selection of 5 or 6sp manuals as well as a 6 and 7sp semi-automatics.

The five-seat Octavia has a nominal boot of 590 litres which rises to a maximum capacity of 1580 litres and its longer, wider and taller than the previous generation which makes it roomier as well.

A completely new cabin has upgraded finish and trim and its better for rear seat passengers as well and also sets Skoda’s highest standard for safety, both passive and active.

Various driver assistance systems are either standard or available to help with vision, stability or just parking, as it now has both parallel and bay auto-park facility and will even steer out of a tight space. 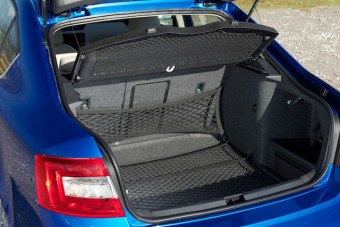 Inside there are touch-screen entertainment systems and full multi-media integration options.

Skoda predict the Elegance and SE will each take 30pc of registrations and the S will be about 20pc and when the vRS arrives this summer it will account for 20pc of all Octavia sales with its high performance engine, but the most popular will be 49pc of 1.6 diesel sales with manual or DSG transmission, added Ms McGill.

The new Skoda Octavia is going to be a winner for buyers, dealers and the manufacturer.

It’s roomy where it matters, light in the hands, economical, lively and feels very well put together.

Outwardly following the design trends of the latest stable-mates, it is also completely new inside and there is a pronounced impression of quality and refinement throughout.

We briefly tested a 105ps 1.6 diesel which gave an indicated 46.6mpg and had lots of pulling power in its five gears but the real surprise for us was the 45.3mpg achieved with the 140ps 1.4 petrol and its six-speed box.

You might think this is a small petrol engine for the C-sector car, but it is a delightful match and with the lighter weight of new Octavia it does a very good job over a mixture of tight country roads and sweeping stretches over moorland.

Seats are good, the ride is good, visibility is clear and the new parking assist will help reduce accident damage and garage bills.

The Octavia 1.4 SE was more of a sporting model than a family car, so you can recapture your youth as you save money as well.

Now that is a game-changer.