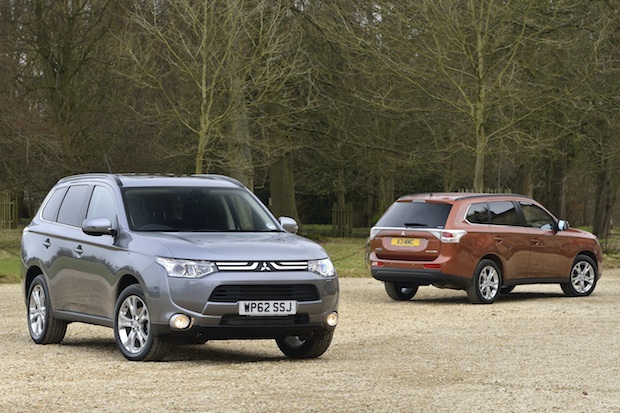 The all-new Mitsubishi Outlander is turning over a greener leaf for the brand and the market.

In showrooms this month, it is lighter, more fuel efficient, more economical and will offer more room and equipment than its immediate and dearer competitors.

It is new outside and in with improved refinement, reduced noise and a stiffer chassis as well as lower weight to improve performance and economy. Insurance groups are 22E to 24E. 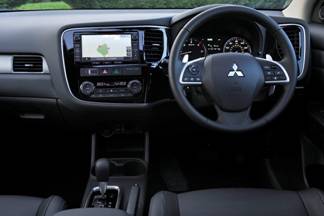 It features a range of eco-mode systems to extend economy and reduce emissions, including a branch of green-leaves which gradually illuminates the more frugally you drive.

It has been designed from the ground up to incorporate Mitsubishi’s advanced plug-in hybrid technology, due to the UK in a few months’ time and is the first mainstream car from a major manufacturer designed to have built-in provisions for either Internal Combustion Engine or Plug-In Hybrid powertrains.

Two gearboxes are available with the new generation Outlander, manual or automatic six speed units and a major difference with the outgoing Outlander is the availability of a conventional six-speed automatic gearbox which replaces the previous twin-clutch ‘TC-SST’ which also saves weight.

Entry level models have five seats but come as standard with hill-start assist, cruise control and air-conditioning in the GX2.

Seven seats with additional fog lights, rain sensing wipers, Bluetooth hands free phone controls, roof rails and alloys are fitted to the GX3.
In the GX4 there is a choice of automatic transmission, leather upholstery, electric heated front seats, Xeon lights, Sat-Nav and sunroof and the top GX5 has standard auto-box, cruise control and collision mitigation together with a powered tailgate.
Prices rise from £23,699 to £33,999 but because of Mitsubishi’s  popularity with fleets there is also a 5-seat commercial version with less equipment from £20,812 plus taxes.

There is no doubt that for many the new Outlander will plug a gap in the Mitsubishi showrooms not filled by its smaller ASX or ageing Shogun models.

Nearly all sales of the new model are expected to be of the seven seat derivatives and mid-range specification but there is still a reasonable percentage who will want the convenience of the automatic and features found in the GX5 we tested. 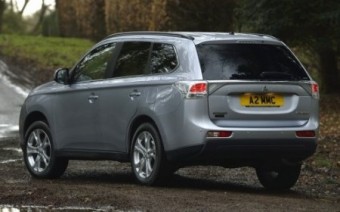 On the face of it, the new Outlander GX5 is an expensive package for a big family car but you have to remember it comes with 4WD and greater versatility as well as a towing ability of 2000KG or 4409LBS.

The diesel engine is not as powerful as the former version but this does not matter as the pulling power is the same but developed lower down the rev range and its lighter weight still gives it reasonable acceleration to 62mph of 10.2secs and there are lower emissions which mean reduced taxes to pay.

On test the useful power is good when moving off or accelerating through the gears, the six-speed changes are seamless and you never seem to be wanting for power.

Mixing driving between normal and eco mode, simply selected by a fascia button which reduced power and consumption, meant we averaged over 33mpg on test when three-up over a mixture of country roads, lanes and some short sections of dual carriageway and motorway.

The latter roads did show the new Outlander produced more road noise than I was expecting as it had little mechanical or wind noise. Ride was slightly firm but comfortable and the seats had good adjustment in the front and the middle trio were roomy.

Steering feedback was woolly but the brakes had a lot of power under a progressive pedal and the standard hill start assist worked well and simply. The new Outlander looks bigger than you expect from its nimbleness and maneuverability at low speed.

Mitsubishi say that only a diesel will be offered in the new Outlander because that is what customers wanted, but the arrival of an advance plug-in hybrid electric version later this year will be interesting. There are no plans to launch a petrol version and dealers expect to sell about 2,500 new Outlanders this year.

There is certainly a strong market or business case for the car and it might just prove to be one of those success stories of the next few years.