Sublime late summer days usually end in cold, misty nights followed by dew layered mornings which is exactly what greeted visitors to the Duke of Richmond’s annual Goodwood Revival meeting, held at what was formerly known as RAF Westhampnett.

But although the WWII airfield’s first distinguished incarnation as Goodwood circuit lasted 1948–1966, since the Revival opened in 1998 most visitors dress to its former era, with styles that range from elegant and chic to downright bizarre. Where else would you find a 5-star US Army general spectating with a Japanese admiral, two char ladies and a BOAC airhostess? 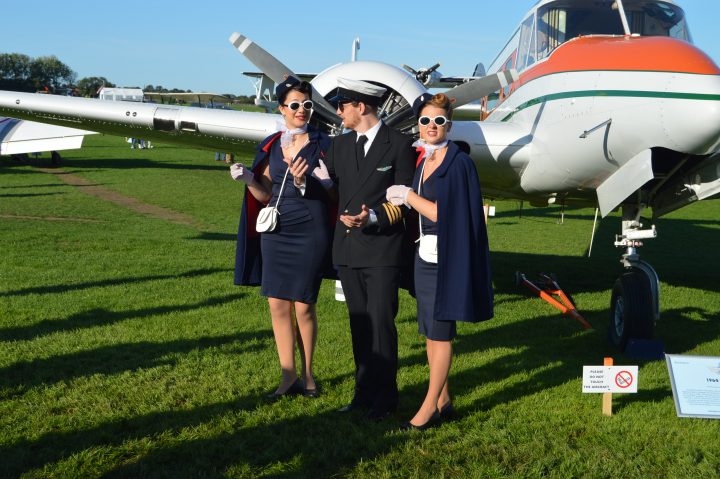 Universally acknowledged as a fast circuit, Goodwood follows the sinuous 2.4-mile perimeter outline of the former airfield. With just seven corners, slender run-off areas and one infamous chicane, the track is uncompromising, and frequently punishes driving errors with a swift visit to its unyielding tyre barriers.

This year as well as 16 quality historic motor races, Revivers were able to help celebrate 100 years of the quintessentially British Austin Seven that brought motoring to the masses in 1922. Developed with funding from Sir Herbert Austin’s own pocket it helped extract the company from the financial pooh.

Then there were parades to mark 75 years of Ferrari and 60 years since one of the most popular British drivers, Graham Hill, won the first of his two F1 world championships at the wheel of an iconic, British-built BRM. In fact, the Hill family were present with 1996 F1 Champion Damon and son Josh driving some of Graham’s cars. 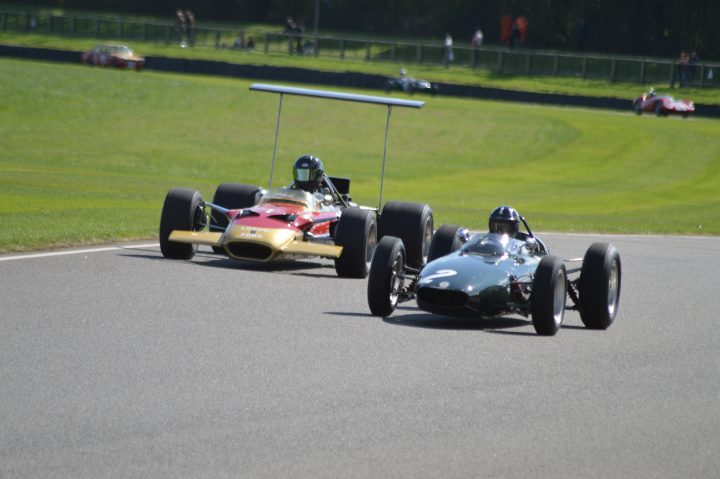 Of the 16-race card, perhaps one of the most iconic – and exciting – was the RAC TT Celebration, a one-hour, two-driver race for GT cars in the spirit of races held at Goodwood 1963/64. Among distinguished drivers competing was 2009 F1 world champion Jenson Button paying his second visit to the Sussex circuit and this time co-driving in Red Bull Racing design guru Adrian Newey’s well-prepared 1963 Jaguar E-type.

When the union flag fell, Button streaked into the lead and was 14 seconds clear when the safety car intervened. Undeterred, at the restart he built another lead, breaking the GT lap record in the process.

When he pitted to hand over to Harrison Newey, Adrian’s son after 20 minutes of the one-hour race, the 15-time grand prix winner was more than 20s ahead but after just one lap, Newey Jr was forced to retire with gearbox gremlins. The race was won by the 1964 AC Cobra of Gordon Shedden and Andrew Smith and third, Fred Wakeman and 9-time Le Mans winner Tom Kristensen in a Lister Jaguar. 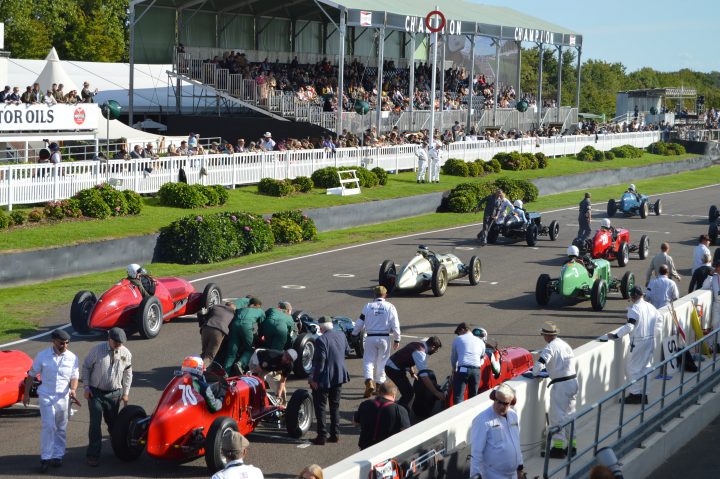 Providing a huge attraction to fans of British-built iconic race cars was the recreation of the BRM’s 1950s behemoth Type 15 V16, the first one – chassis number IV – of three being built by acknowledged marque specialists Hall & Hall at their Lincolnshire workshops. The stunning recreation was making its racing debut in the hands of talented historic racer Rob Hall, partner in the family firm.

The three-car run of evocations has been commissioned by John Owen, son of the late Sir Alfred Owen who was a renown British engineer and industrialist, largely responsible for financing BRM during its successful history, including the 1962 F1 world championship won by Graham Hill. Sadly, the V16 recreation retired after 9 of 13 laps in the Goodwood Trophy race for 1930 – 51 grand prix cars, ironically won by BRM predecessor a 1934 ERA R3A! 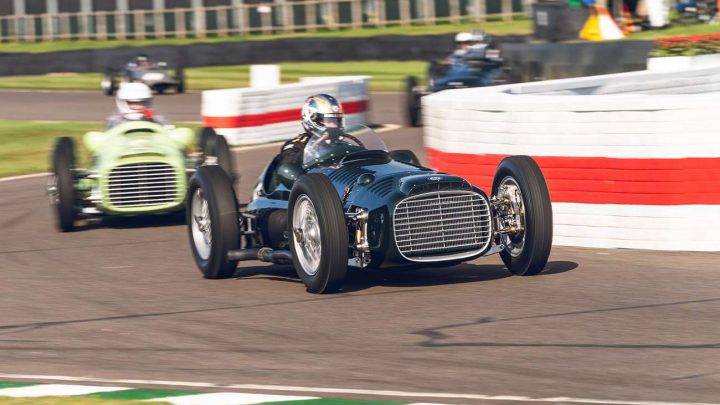 Two-wheel races always provide close Goodwood contests, and this year’s Barry Sheene Memorial Trophy featured 2 twenty-five minute, 2-rider races for bikes that raced up to 1954. Popular British champion Barry Sheene won his final race, the Lennox Cup, at the 2002 Revival and the race was renamed in his honour from 2003. Among those racing 70-year-old motorbikes with great gusto were John McGuinness, Peter Hickman, and Steve ‘Stavros’ Parish. The two-part, Le Mans start race was won on aggregate by Hillier and Thomas on a 1954 Matchless G80 CS, from a 1954 Vincent Black Shadow and 1952 Norton International.

Sublime weather, good racing, exemplary driving standards interwoven with some of the best theatrical costumes seen yet, something for everyone and nothing not to like about this year’s Revival and I’ve not even mentioned the brilliant Aviation exhibition or the sandy tomb of Tutankhamun, in Sussex?

September 2023 sees the Revival’s 25th anniversary so historic race car preparers and theatrical costumers have time to come up with something extra special: now I wonder if Liberace ever visited Goodwood?