You are here: Home / Motorsport / 2020 / Morris races to South of France this week

Welsh racer Seb Morris heads to Paul Ricard in the south of France this week for the final round of the GT World Challenge Europe Endurance Cup season. 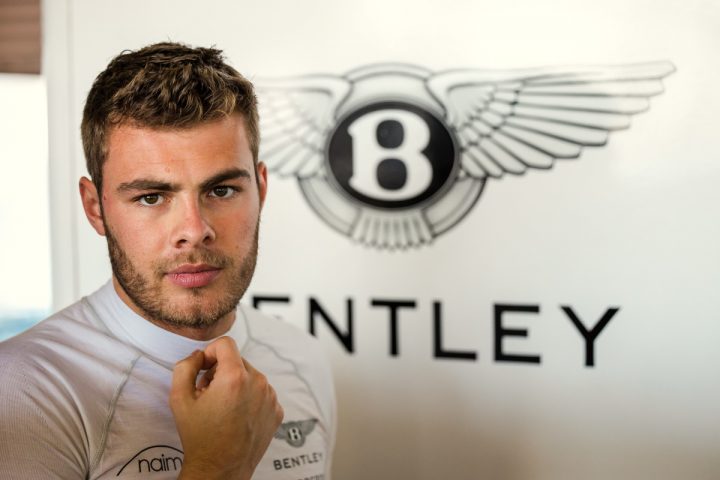 The Bentley factory ace will be pushing as hard as ever to battle for a big result as his 2020 European campaign draws to a close.

Round four, the six-hour 1,000-kilometre Paul Ricard race, carries a lot of importance for the 24-year-old as the final encounter of his maiden season in Europe as a full ‘works’ driver.

Morris, from Marford, heads-up the No.107 Bentley Continental GT3 entry for French squad CMR and says the groundwork he has done ahead of the season finale on Sunday, 15 November, has been greater than ever and, along with team-mates Pierre Alexandre Jean and Nelson Panciatici, he is determined to fight for a top 10 finish in CMR’s home race.

“I’ve prepared like never before for Paul Ricard”, said Morris, who is represented by Greenlight Sports Management, “I’ve been up at M-Sport [Bentley technical partner] going through data, they won at Ricard last year and I’ve been working hard to ensure I can give CMR the best set-up possible.

“Personally, I did well at Ricard last season [with Team Parker Racing] and my stint times were very good and the pace was incredibly strong, so I’m really looking forward to being back there and hopefully ending the season on a high.

“To have finished the Spa 24 hours last month really was an achievement in itself, it shows the reliability we have at CMR which is very important.”

He added, “It’s a six-hour race at the weekend, and obviously the team’s home race, so we’re all aiming for a big finish to the season.

“One of the team’s strengths is the pit-stops, we’ve been gaining a lot of time there, so I think we could surprise a few people if we have a straightforward run.”

Additionally, it will be the 50th ‘Endurance Cup’ contest staged since the series was established in 2011.