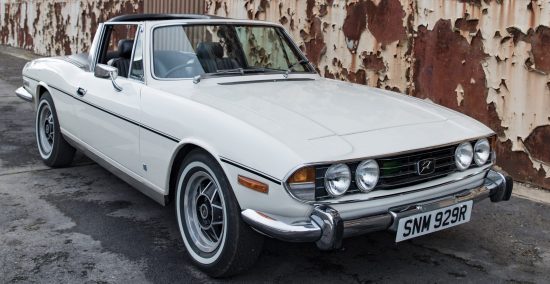 It’s announced two conversions; a 1976 Triumph Stag and a 1957 Morgan 4/4, which now both run on silent, zero-emission electric power.

The Triumph Stag conversion has been confirmed by the Stag Owners Club to be the first Stag to undergo the conversion to electric power. Electrogenic removed the 1976 car’s 3.0-litre Triumph V8 and in its place has integrated a ‘Hyper9’ high-voltage brushless electric motor, which delivers 80kW of power and 235Nm of torque to the rear wheels through the original four-speed manual gearbox.

It uses a 37kWh battery which takes the place of the original Triumph V8 engine and the fuel tank and spare wheel under the boot floor. The conversion uses a Type 2 charger and offers an approximate range of 150 miles.

The Morgan 4/4 conversion, it is believed, is the first professionally converted four-wheeled Morgan to be transformed to electric propulsion. 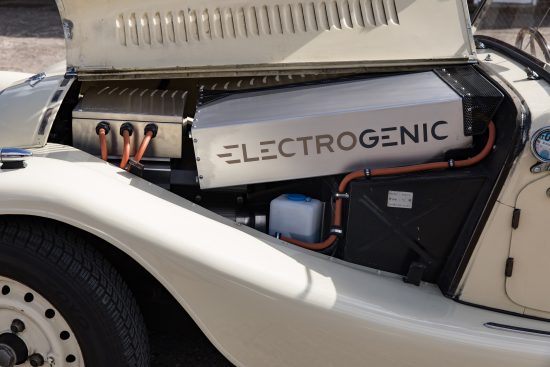 Electrogenic used its significant electrification and integration expertise to remove the original four-cylinder combustion engine and replace it with a ‘Hyper9’ high-voltage brushless motor, delivering 80kW of power and 235Nm of torque to the rear wheels through the Morgan’s manual gearbox.

The team at Electrogenic has installed a 37kWh battery pack to the Morgan’s diminutive body, offering a driving range of up to 150 miles on a single charge.

Depending what an owner wants, the conversions cost from £30,000.