You are here: Home / News / Classic / Mini has more amore than Maxi

Despite the fully fold down rear seats and ample boot space, the Austin Maxi has been placed bottom in a poll of British classic cars favoured by drivers for a first date between 1960 – 1990.

On St Dwynwen’s Day, the Welsh patron saint of lovers, the poll proved that passion is stronger than practicality.

The survey by Great British Car Journey, found the original Mini has been declared the all-time favourite British car for romance. 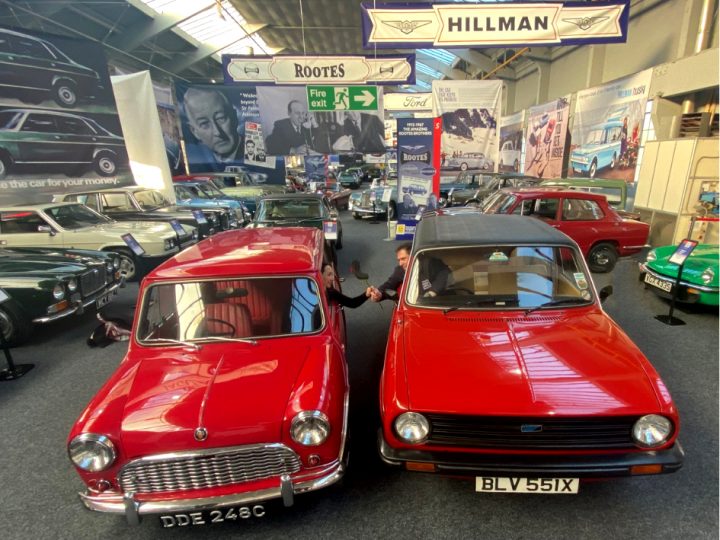 “The Maxi was a brave attempt to create something new but was let down by a simply shocking 5 speed gearbox and a dumpy unattractive shape. Despite its poor reputation the car had many redeeming features, particularly when it came to dating!

“Despite what its critics may say, the Austin Maxi was a great concept, and I am delighted to have a superb 1981 example in the Great British Car Journey collection.”

To celebrate Valentine’s Day and help people relive their dating memories of days gone by, Great British Car Journey is offering couples discounted admission to the attraction in Ambergate. Entry for couples is just £25, compared to £30 for two single admissions.

For couples that really want the ultimate trip down Memory Lane, they can also take the car they enjoyed their first or most memorable date in for a drive.

The Drive Dad’s Car experience at Great British Car Journey offers people the chance to get back behind the wheel of 30 British classics including the Mini, Morris Minor and Ford Capri.