You are here: Home / Featured / MG India plant to open in two years

The Chinese owners of MG who closed the Longbridge finishing facility last year have confirmed they plan to import new cars to Europe in 2019.

The automaker will bring its MG brand to India and begin assembly operations in 2019, it said in a statement, confirming it’s also looking to export to USA.

It has been in discussions with GM, with which it works in China, to buy the American company’s Gujarat plant after it decided to withdraw from India but nothing has yet been agreed.

If SAIC decide to export its new models from India to the UK, is not the first time a Rover model was supplied from India.

The former MG Rover company rebadged a Tata Indica between 2003 and 2005 before the Longbridge company went bankrupt and was bought by the Chinese company Nanjing, before it merged with SAIC.

The current MG range comprises the hatchback MG3 and MG6 models and the GS SUV supplied from its Chinese plants but designed in the UK.

SAIC has the Maxus and Roewe brands in its line up as well and Indian versions of these may be assembled in Gujarat or electric and hybrid cars. 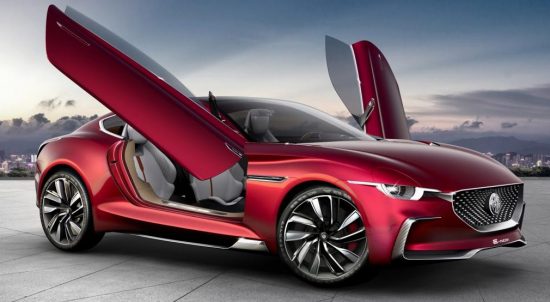 Low emission models have been penned in the UK design centre and the company showed its MG E-Motion in Shanghai last year (left). SAIC said it would make a further announcement on the MG Motor India developments in due course.