You are here: Home / First Drives / Mazda6 brings many technologies together in thoughtful package 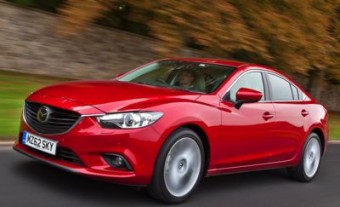 Mazda’s out of the box thinking is changing what’s going on inside “the box” and its latest generation models.

The Mazda6 and CX-5 crossover are the first models to completely embrace the latest raft of technologies it calls Skyactiv.

Instead of going down the hybrid or electric vehicle route for the mass market, Mazda is instead working on optimising the traditional petrol and diesel engine design technology and adding fuel and emission saving systems.

In the real world it is this benefit-maximisation which is already bringing gains for Mazda owners without the need to pay extortionate premiums for hybrids or electric vehicles. Mazda is road testing a fleet of evs in Japan to refine the system before it eventually offers this technology to a wider market, but it will carefully choose the time when this milestone will be reached.

It is the third generation Mazda6 but the first to get regenerative braking to store up energy and use it to assist with performance, and it adds to the benefits from the earlier models’ part-time idle-stop engine management system.

The benefits are achieved without compromise to usability or practicality. You simply drive it and let the systems work for you, and they work well. 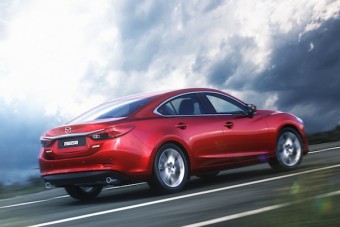 The Mazda6 is the latest to be shaped with the Kodo, or soul of motion theme, so it looks like its moving even when still and yet it has good access to interior and boot, and the visibility is uninterrupted.

The anticipated best selling model will be the low-power 150ps 2.2Diesel Saloon Sport Nav tested and costing from £25,595 with 6sp manual gearbox.

The engine gave reasonably strong output and was quiet when not pushed into its upper rev-range and I liked the very crisp gearchange despite a long-travel clutch which detracted a bit from its neatness.

Brakes and steering were effortless yet effective and the minor controls close to hand.

Oddments space seemed plentiful although compartments were on the small side.
The seats were very generous and well shaped to locate and comfort occupants and the front pair had a good adjustment range and a high back for safety.

The Mazda6 Saloon had a slightly firm ride in the Sport version tested on its big alloy wheels and 225/45 section tyres and there was a little body roll on tight country roads but it generally handled faithfully and safely.

Over a comparatively short initial test route I managed to average 46.1mpg which included some spirited driving but also a few motorway miles.

It is attractively styled both outside and inside and there is a strong feeling of quality in the way the doors shut and the controls work, which seem to put it alongside premium German brands but at a percentage of their prices.