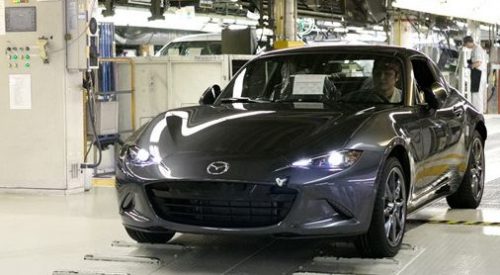 Production began with models for the European and North American markets, where sales will start in early 2017.

The latest adaptation of Mazda’s lightweight two-seater features a three-piece power retractable roof that, when opened, leaves the rear buttressed section in place for a unique convertible atmosphere.

Total production of the MX-5 reached 1 million units on 22 April this year. The model is highly acclaimed, having so far won more than 280 automotive awards around the world.