Frenchman Fourmaux joins Breen and Greensmith to form M-Sport’s trio of drivers for a full 2022 World Rally Championship campaign as the sport enters its new and exciting hybrid era. 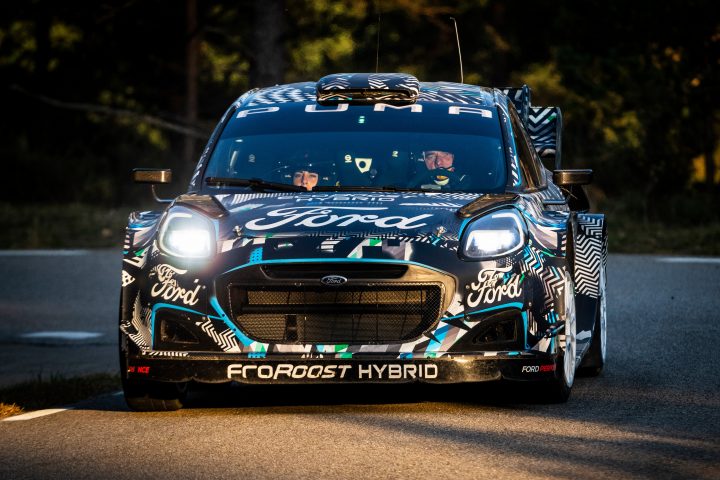 Fourmaux began his rally career a mere five years ago, making a meteoric rise through the WRC ranks since his debut in 2019. His first season in WRC2, behind the wheel of an M-Sport Ford Fiesta Rally2, brought him two podium finishes at Rallye Monte Carlo (third) and Rally GB (second).

The 2021 season saw Fourmaux graduate into the Ford Fiesta WRC on Croatia Rally, where he achieved a career best of fifth overall. There was also cause for celebration at Safari Rally Kenya when Fourmaux claimed his first WRC stage win by a very comfortable 4.1 seconds. Consistently setting competitive times throughout the season, the young driver has been dubbed a rising star and on track to follow in the footsteps of his fellow successful countrymen.

Having been heavily involved in the testing programme for the all new Puma Hybrid Rally1 from the beginning, Fourmaux is in a perfect position to start his debut full WRC programme in the best possible form.

Loeb rewrote the FIA World Rally Championship’s record books as a full-time competitor with dominant performances across every surface type. Since his last WRC title, Loeb embarked upon a variety of motorsport programmes across an array of disciplines, succeeding in every single one.

Fourmaux, Loeb, Breen and Greensmith, along with the rest of the team at M-Sport will be working tirelessly between now and the start date of next year’s Rallye Monte-Carlo, January 20, to prepare for a high-excitement debut of the all new Hybrid Rally1 cars.

M-Sport have a rich history of success in the WRC with a total of seven World Rally Championship titles, 61 overall victories, 239 podiums and a record breaking 268 consecutive points finishes. M-Sport are thrilled to be fielding a line-up of drivers who can build on this legacy during 2022.

Malcolm Wilson, Managing Director of M-Sport said, “I am really happy to announce the remaining drivers in our Monte Carlo line up. Starting the new WRC regulations with such a strong lineup is something I am very proud of and goes to show the faith that these guys have in the new Puma Rally1.”