Wales Rally GB is breaking a 20 years tradition and starting in England from Liverpool before the opening stage around Oulton Park circuit, Cheshire, last used for the event in 1993.

The service park for the 3-6 October WRC UK event is relocating from Deeside to Llandudno town centre which means the classic Great Orme stage is concentrated around the headland.

There is also a new Colwyn Bay stage for spectators and a night section, the only round in the WRC to include such a test for crews.

The bulk of the event still consists of forest stages in North and Mid Wales on Friday, Saturday and Sunday but these have been re-routed and amended to cope with a trees disease and FIA regulations on the length of linking road sections.

It is likely to be the last time WRGB is based in Wales as championship promoters have told organisers it must move away from Wales to secure long-term inclusion in the calendar, and Ireland is favourite to get the event from 2020.

Welsh Government has made no comment on losing the event after this year and in a statement last week said it was concentrating on making this year’s WRGB a success and will hold talks about its future if it delivers value for money. 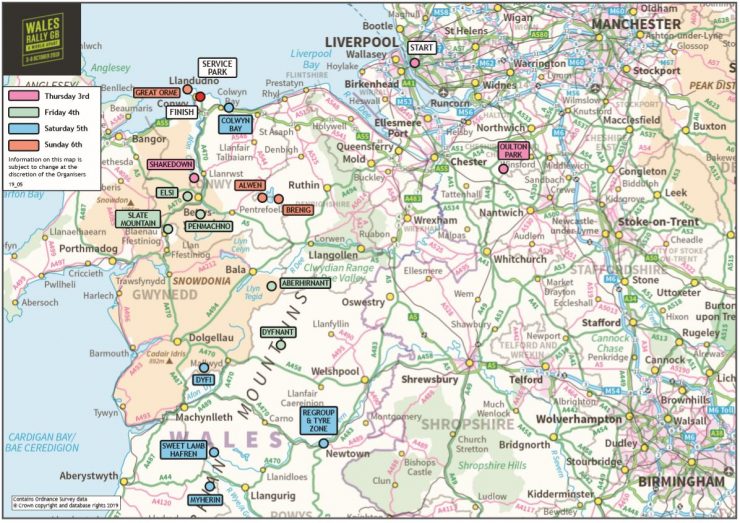