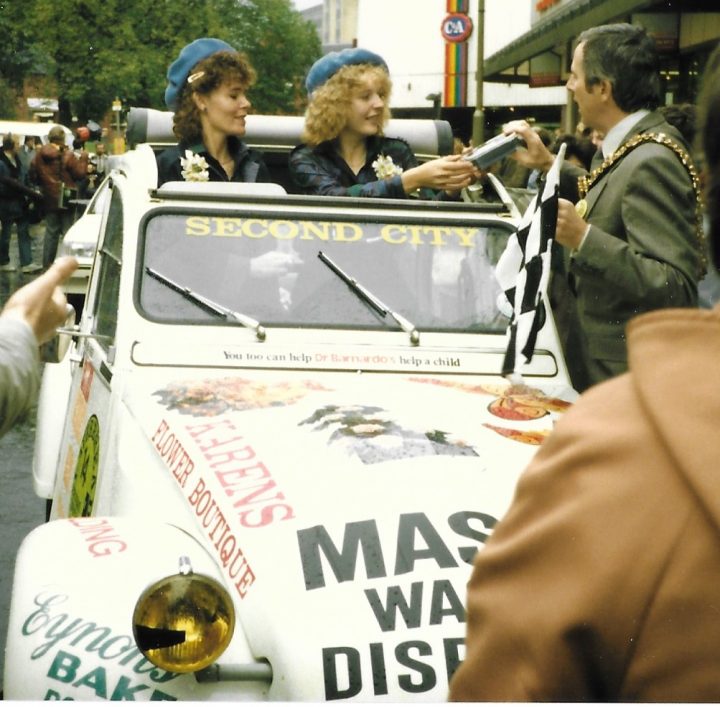 A weekend rally traversing some great French driving roads, promoting Wales and its gastronomic products while also generating a record amount of money for a worthy charity, was the idea.

On refection, there was nothing not to like about the 1984 Laverbread Nouveau Enduro.

Born out of a fertile marketing alliance between Wales Tourist Board and Children’s charity Barnardos, the first laverbread happening was a unique and lighthearted rally that bore remarkable similarities to the epic 1969 Paramount blockbuster ‘Monte Carlo or Bust’!

An event with the gastronomic objective of introducing laverbread to the French in the culinary capital of Europe, Paris, as a worthy but little-known rival to established favorites escargots and frogs’ legs.

Run over the autumn weekend of 19-21stOctober, crews were required to deliver half kilo of laverbread to la Paris on an imaginative event, humorously illustrated by celebrated Welsh cartoonist Gren. The well-presented event captured people’s imagination and 55 crews, made up of first-time competitors mixed with some familiar faces, quickly filled the entry. Teams included the police driving school, hotels, restaurants, travel agents and a Welsh radio station.

The 550-mile route included a number of time and passage controls, defined by a roadbook which, even without tulip diagrams, was surprisingly accurate. Thirty minutes maximum lateness was reset at Le Havre. 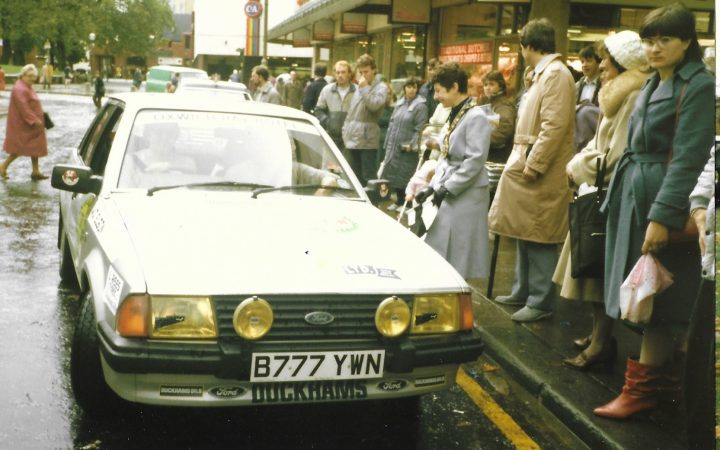 Token scrutineering consisted of counting wheels and checking GB stickers, before the eclectic entry took the start outside Swansea Market. First away was a 1925 Bentley, followed at minute intervals by a plethora of Golfs’, Escorts’, Audis’, and Cavalier, Sierra, and Rover derivatives. 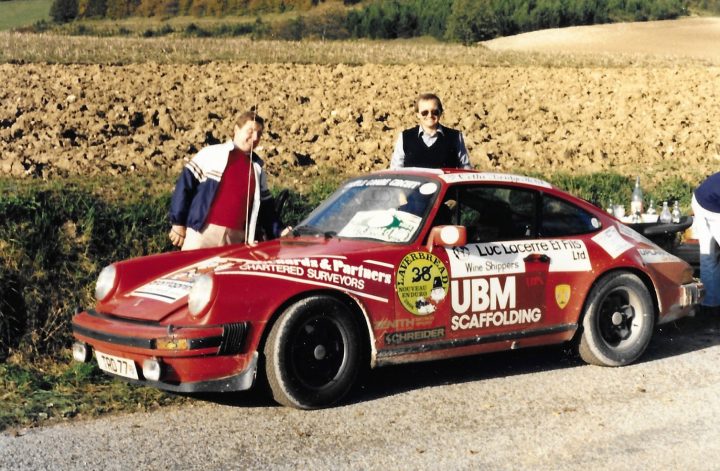 After being flagged away by the mayor, we made our way to the famous Ewenny woods near Bridgend where a production car trial awaited with two challenging hills. Many cars failed to move far in the slippery conditions, but we benefitted from Porsche traction and made the halfway markers on both hills.

From mud the rally moved to the National Sports Stadium Cardiff for a reception and lighthearted Laverbread Olympics before heading to Bath’s superb Royal Crescent for an autotest, using a four-wheeled Bath Chair. Best performance came from a team of 4, three pushing one sitting.

On a wet Friday afternoon, we then had 2½ hours to get to Portsmouth’s elegant Guildhall for another boisterous civic reception with a laverbread theme, but most thoughts were on the force-8 blowing in the channel and we left the brass band and TV cameras for Townsend Thorensen’s night crossing to Le Harve on the ‘Viking Adventurer’ and once horizontal, spent a restless night.

We docked at 7.00 am and the rally – still intact with 55 cars – formed up on the quayside in a rainstorm. Then, as if by magic, the rain stopped and a rainbow appeared as we crossed the Tancarville bridge and picked up the A13 to Caen where, a dodgy road-book direction meant competitors were seen heading in all directions.

Using O-level French to ask a local the way we headed for St Aubin, then Arromanches where a passage control was located on an observation platform outside the village. From there the Mulberry Harbour, a British engineering masterpiece over 40 years old, could be seen through the eerie sea mist.

Next time control was located in Bayeux’s poignant Battle of Normandy Museum, where an hour was allowed for crews to pay homage to the beginning of the allied forces victory campaign. Le Mans was next stop, so at 12.38 we checked out and headed south through Falaise, Argentan, Sees and Alencon, an almost straight road for mile after mile with just the occasional village.

We soon joined the N138 to Le Mans, arriving at the Ecole De Pilotage – Racing School – almost on time to line up for a fast and simple autotest in the paddock. The 911 was in its element going forward but not so effective in reverse, visibility obstructed by a whale-tail spoiler.

Great performances came from the agile Metro Turbo, Golf GTi’s and Sunbeams. Four months earlier and 200 meters away, Porsche 956s crossed the finish-line in the first seven places of the iconic 24-Hours race.

With the sun falling lower in the sky competitors headed towards the N23, A11 and Paris. Saturday traffic was light, and we were able to enjoy the Porsche’s laconic flat-six 3-litre performance. Chartres passed quickly and with it, sight of the famous cathedral.

Traffic levels increased on the outskirts of Paris and we ran in tandem with other competitors to the Orgeval Novotel at Poissy near Versailles, playground of the kings of France and for one night only, competitors on the Laverbread Nouveau Enduro.

The final time control was in the hotel foyer where, TV cameras that followed the event from Wales captured tired competitors as they delivered the laverbread for Parisian gourmets. Later at the glittering prizegiving, the results were announced, winners decided by a complex index-of-performance algorithm, factoring car’s age, overall length, and capacity; devised by generations of scholars and handed down father to son!

Outright winners were the Metro Turbo crew who had spent 36 hours trussed-up in smart dress suits, but the real winners were the Wales Tourist Board for the amount of positive publicity generated for the Principality and Barnardos. The eventual total generated by 55 mobile billboards was a staggering £25,000, or 150% more than the organizer’s original target. Equivalent to a staggering £45K in today’s money.

With riotous celebrations in full swing and competitors reliving every mile of the route, we crept off to bed and reflected on a lighthearted motoring event with a great atmosphere.  Our trusty Porsche did not miss a beat or demand any attention but there again, overall reliability throughout the mixed entry was 100%.

Our weekend was not over, and we left early Sunday morning to hook-up with friends competing on the Jeanne-De-Arc rally at Neufchatel near Dieppe – but that as they say, is thankfully another story!