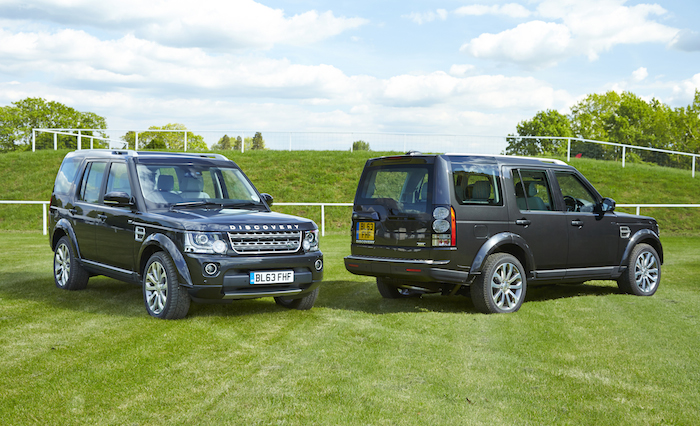 The Land Rover Discovery has passed a 25 years milestone in its life and the XXV Special Edition reaches dealerships now to mark the event.

The new Discovery XXV Special Edition is based on the HSE Luxury model but with £3,800 of luxurious extra leather trim, unique seats and carpets as well as exterior detailing to set it apart. Only 1,500 will be built for world-wide sale.

At over £63,200 it is the dearest Discovery so far and setting it just above the entry level Range Rover Sport, but you get a lot for your money. It will have strong appeal to those who want more practicality and room than the less expensive Range Rover Evoque but who do not want to stretch to the bigger Range Rover. 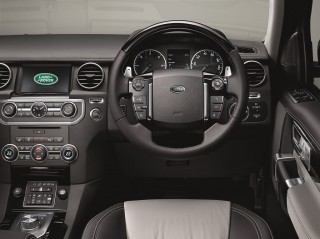 The extra equipment is immediately apparent the moment you close the thick door and your arm naturally settles on the deep window edge while your eyes sweep across the richly padded fascia top.

The seats are also striking in their new trim and looking down you see the specially edge-stitched mats and XXV logo.

Outside the badges are a little more discreet, the additional grill details set it apart and wheels and roof rails are also unique.

To drive it is not such an advance with the familiar 3.0V6 TD and effortless eight-speed automatic box, it goes well but it rolls too and nothing has been done to reduce the familiar Landie lope.

Underneath there is so much technology to help you cope with any terrain that you are unlikely to get stuck unless you leave your brain at home.

What’s really impressive about the Discovery XXV is that it does so much, so easily, sophisticatedly. Among the Land Rover cognoscenti this is going to be a landmark model.

According to Land Rover’s head of advanced studio design, Welshman Richard Woolley, the Range Rover represents supreme luxury, the Discovery engages leisure at every level while the Defender series is their workhorse and go-anywhere model.

“For us the Discovery is about superb flexibility which allows everyday use and at weekends permits owners to fully enjoy their leisure pursuits, even if that involves towing caravan, a boat or horsebox,” he said.

At the Royal Windsor Horse Show last week, Land Rover chose to unveil in the UK their thinking for a future Discovery, the Vision and which was shown in North America and China motor shows this year.

It’s distinctive Discovery profile is much sleeker in execution and with a pillar-less pair of doors which open on their leading and trailing edges there is exceptional access to the seven seats, and even these can be moved around for maximum flexibility in use.

There are challenges to making a road-going design along these lines but Swansea’s Richard Woolley would like to investigate further if it would be possible in a future Discovery off-roader.

Over 1,088,000 Discovery units had been produced at Jaguar Land Rover’s Solihull manufacturing plant in the UK West Midlands.

In 2012 the one millionth Discovery undertook a 50-day, 8,000 mile adventure travelling through more than a dozen countries across Europe and Central Asia, to raise more than £1million for the International Federation of Red Cross and Red Crescent Societies (IFRC).

The Land Rover Discovery was used in the record breaking London-Cape town expedition in 2013, covering 10,000 miles in 10 days.

3. The Stealth Bomber made its first flight.

4. The Game Boy was released is North America.

7. First commercial dial-up Internet in US was made.