The Belgian driver seized the top spot early on Saturday after nine-time world champion Sébastien Loeb retired with alternator failure. From that moment onwards he never looked back. 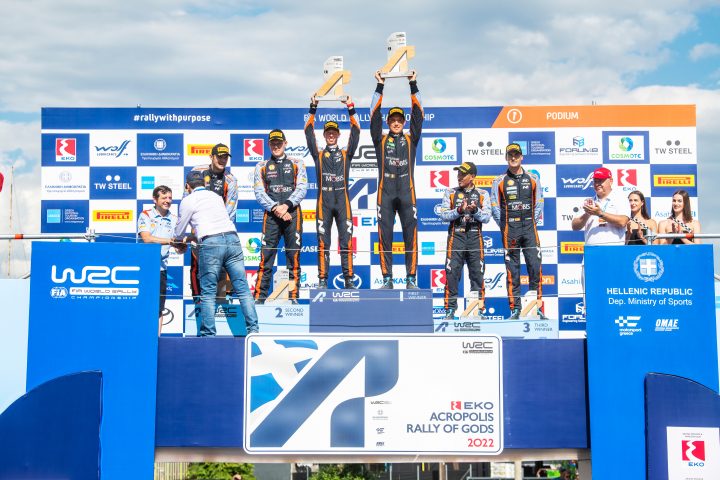 Neuville’s Hyundai squad emerged from the penultimate day unscathed while several frontrunners hit trouble. He carried an advantage of almost half a minute over team-mate Ott Tänak into Sunday’s three-stage finale with Dani Sordo completing the podium lockout in third.

Tänak brought back 2.9sec on the first pass through Elefthori, but any hopes of the Estonian putting more pressure on his colleague were quashed as team orders came into play.

Fourth-placed Elfyn Evans – driving a Toyota GR Yaris – was sidelined by turbo problems on the road section before the opener, leaving the frontrunning trio more than three minutes clear of the field.

Under instructions to bring the cars home, all three Hyundai drivers went into safety mode. Their positions remained unchanged and Neuville took the spoils by 15.0sec – marking his first victory of the WRC’s hybrid era as well as a maiden podium lockout for the Korean manufacturer squad.

“It has been a tough season so far and to get the victory after a very difficult weekend in Belgium is a relief,” said Neuville (below). 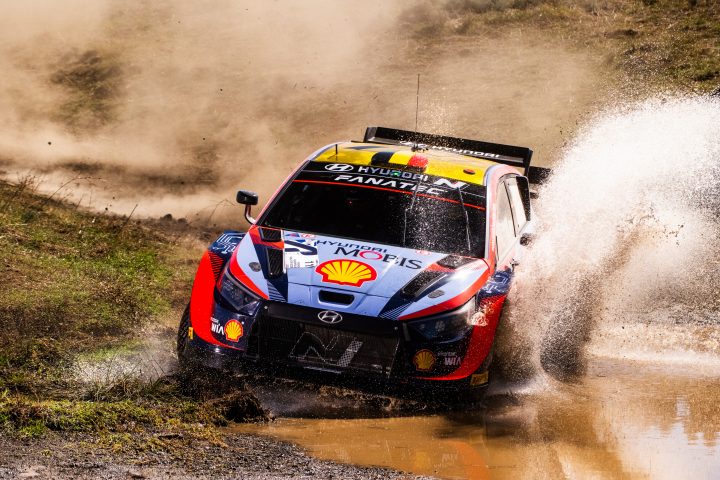 “The most important thing is that we have a 1-2-3 for the team. After all these years we finally got it and it’s a historical moment for the brand and the team. Everybody has worked hard for this and it’s a nice reward.”

Tänak’s score moved him to within 53 points of championship leader Kalle Rovanperä, who finished more than 17 minutes off the pace.

The 21-year-old Finn hit a tree on Saturday and haemorrhaged time nursing his Yaris to the finish. He did, however, salvage four points from the Wolf Power Stage and could seal the crown at the next round should he outscore Tänak by eight points.

Pierre-Louis Loubet fought back to equal his career-best result by finishing fourth overall aboard an M-Sport Ford Puma. He briefly led and took two stage wins on Friday but tumbled down the standings with a front left puncture the following day, eventually ending 1min 52.5sec down on Sordo.

Loubet’s team-mate Craig Breen had similar issues on Friday but, aided by problems for those ahead, climbed to sixth overall. The Irishman trailed Loubet by 26.8sec with Toyota youngster Takamoto Katsuta 2min 12.1sec behind.

The WRC heads down under later this month as Repco Rally New Zealand hosts round 11 of 13 and the gravel fixture returns to the calendar for the first time since 2012 and takes place from 29 September – 2 October.