Historic-sounding F1 cars will once again be lining up at Silverstone over the August Bank Holiday.

The Silverstone Grand Prix circuit will once again reverberate to the awesome shrill of F1’s best-ever sounding engines at The Classic this summer 26-28 August. 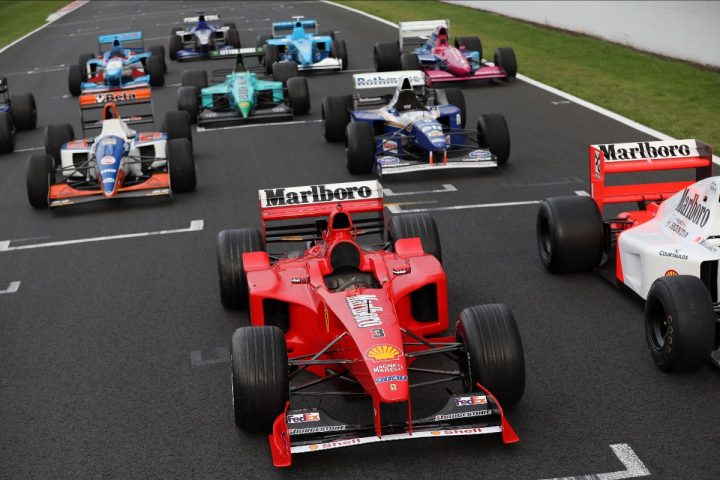 The high-revving V8, V10 and V12 powertrains introduced at the end of the 1980s to supersede their turbocharged predecessors are widely hailed as the most dramatic and exciting engines in the sport’s long and glorious history.

Come The Classic up to 20 F1 icons dating from 1989 through to 1997 will be reviving their magic with incredible daily displays on the track where they raced so memorably in period.

During that awesome era British Grands Prix at Silverstone were won by legends such as Nigel Mansell, Alain Prost, Damon Hill and Michael Schumacher racing high-pitched McLarens, Williams’ and Ferraris propelled by extreme engines ultimately revving to a howling 20,000rpm and producing close to 1000bhp!

All those F1 icons together with Benettons, Lotuses, Jordans, Tyrrells are expected to be part of these not-to-be-missed track demos, which are being organised by the recently launched Ignition GP.