Sir Lewis Hamilton has been presented with the Hawthorn Memorial Trophy for an 11th time, extending his record-breaking run in the history of the prestigious award.

The Hawthorn Memorial Trophy is awarded annually by Motorsport UK to the most successful British or Commonwealth driver in the FIA Formula 1 World Championship.

It was first presented by the Hawthorn family in memory of Mike Hawthorn, who became Britain’s first Formula 1 World Champion in 1958 but tragically died in a road accident a year later.

Across the 61-years of the trophy’s history, 19 different drivers have won the honour and on 24 of those occasions the recipient was also World Champion in the same year.

Hamilton was presented with his trophy in the paddock at Silverstone ahead of the British Grand Prix last weekend by Hugh Chambers, Chief Executive Officer at Motorsport UK.

Perhaps the most popular and successful British F1 driver never to have won the world championship, the late Sir Stirling Moss OBE, was honoured on the first day of practice for the 2022 British Grand Prix when the British Racing Drivers Club unveiled a sculpture at the entrance to its Silverstone Clubhouse, writes Ken Davies. 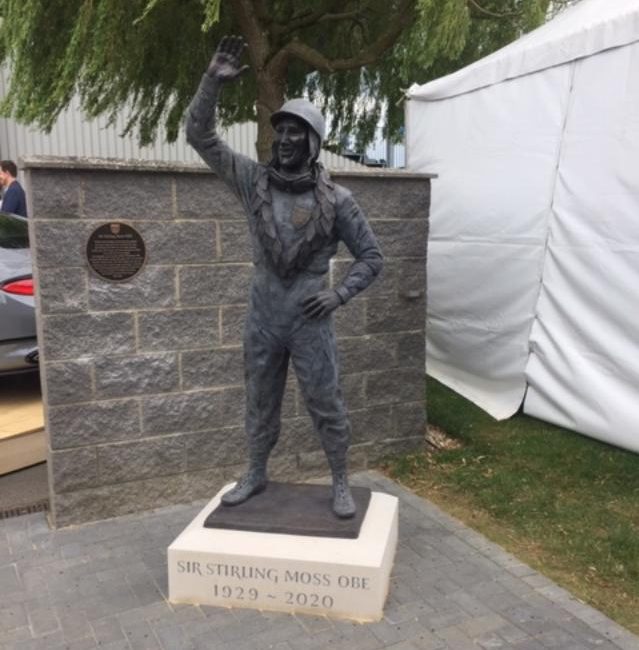 Moss died in April 2020 aged 90 and his bronze life-size statue was specially commissioned by the club just nine months ago and finished in record time by renown Hampshire sculptor Amy Goodman, with Silverstone’s British Grand Prix weekend being her target.