You are here: Home / News / GT6 appeal is all about numbers 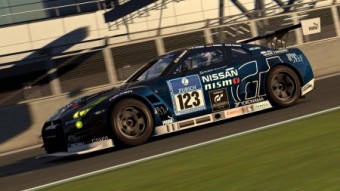 Gran Turismo 6 calls itself a ‘Driving Simulator’ rather than a video game, and it is easy to see why.

The driving is so life-like that at times, you forget you’re sat in your living room.

With so many cars to choose from (sitting pretty at almost 1,200 before DLC) and such great tracks, it’s easy to lose yourself in the game, as there are so many combinations you can use. However, the mass of cars is a bit like Christmas presents as a kid, you have loads to open but when you really start to look at what you’ve got, it’s a load of useless, disappointing junk.

I wouldn’t usually complain about having too many Audi R8’s, but do we really need ten different types of R8? Or how about the Honda CIVIC SiR-II (EG), having four different versions of the car, where the only variation is the registration year (’91, ’92, ’93 and ’95), I can’t help but feel some of the cars are there only to push up the numbers.

With so much ‘serious racing’ to be done in the game, the developers knew it would be nice to have a break from the hard-core, pedal-to-the-metal races and decided to put in something called ‘Coffee Break’, a series of mini-games designed to break you off from the delicate finger-work of circuit racing.

Coffee Break has a number of different challenges like ‘can you knock over 300 cones in a Mazda MX5?’ or ‘can you drive a Honda BEAT through a maze?’ or my favourite one, tipping its hat to Ken Block’s famous drift-art YouTube videos: ‘can you drive a Nissan 350Z Roadster though a Gymkhana course and stop it at the end?’

Another cool feature is the Lunar Missions function. I mean, how often do you get to drive on the moon? Thankfully, Gran Turismo 6 is here to fill that void while you save up the millions to build your own space rocket.

The only real problem I had with Gran Turismo 6 was the menus. Their ‘classic’ look seems more dated than ‘traditional’. And the music seems to have come straight from a 90’s video game. But, saying that, the menus aren’t the only thing that looks dated. The graphics were slightly disappointing, to say the least, partly because the game came out after the next gen consoles so in comparison the graphics look weak, but nonetheless, I can’t help but feel that the lighting and textures could have been improved massively. 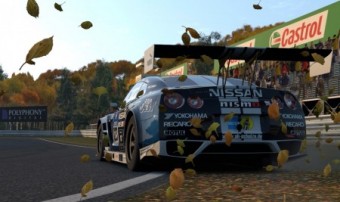 Gran Turismo 6 is a great racing experience and is a good step forward for the wannabe-racing driver.

The arcade feel to the game, due to its menus, music and sometimes-disappointing graphics does feel very dated. And the fact that most of it’s cars (although there is a massive selection), we have seen before in GT5 and even GT4, does make you wonder if they put all their efforts into making the game, rather than just getting it out before everyone got the PS4.

The coolest part…getting to drive proper racing cars, such at the Nissan GT Academy cars, Le Mans cars and NASCAR cars around real racing tracks. All in all, a good driving experience with solid foundations for something great on the next-gen.