The Motorsport UK British Rally Championship will embark on a new journey next weekend as the series heads for the blisteringly fast closed-roads of west Wales and two-days of flat-out action at the Get Connected Rali Ceredigion 3-4 September.

The Aberystwyth based event enters the BRC calendar for the first time and is the fifth round of the series, after an impressive inaugural running in 2019. The event returns complete with a star-studded entry list and a top-line roster of championships eager to sample some of the finest sealed surface roads in the UK.

In a tightly packed schedule, crews will kick off with a ground-breaking double run around Aberystwyth town centre before heading out onto the undulating moorland roads for 14 competitive miles on Saturday evening under fading light.

Sunday hosts the bulk of the mileage with the mammoth 17-mile Llanfihangel stage to start the day, with a further three tests before service. A repeat of the morning’s loop gives a total of 71 miles in the leg, a tough test for the BRC1, Junior BRC and National Rally Title protagonists.

After back-to-back rounds on gravel, the championship returns to asphalt for its third and final sealed surface encounter of the season and there is a fascinating battle for BRC1 honours developing, with former champions and eager hopefuls ready to fight for the prestigious title. 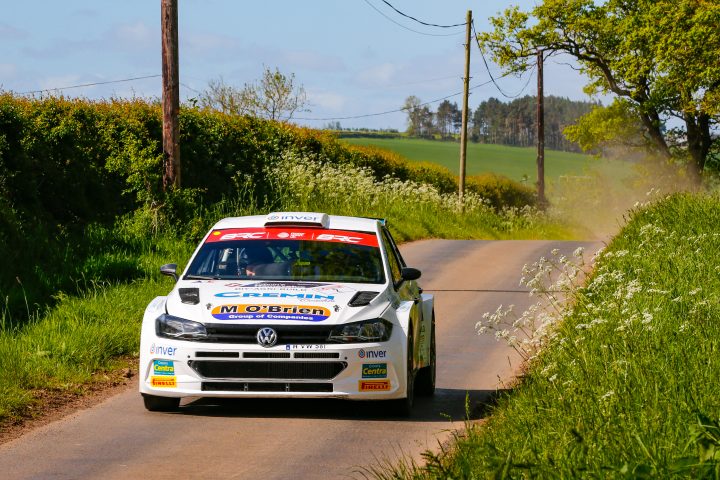 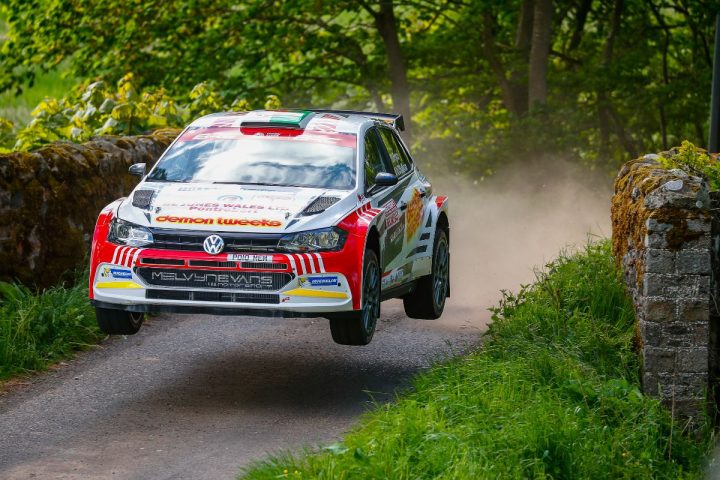 In the pound seat for Rali Ceredigion is Pryce and co-driver Noel O’Sullivan. Whilst being on home soil is not a huge advantage on the uncharted roads, Pryce was rally winner in 2019 so his previous experience will undoubtedly put him in good stead for a top result in the Michelin-shod Polo.

Cronin’s and Mikie Galvin’s Grampian win came at just the right time though and a swap to Pirelli rubber in the early part of the season has ensured the fight for maximum points is as exciting as ever. However, you don’t have to dig much deeper to see who could usurp the Volkswagen domination in 2022.

Ruairi Bell and Max Freeman have shown an incredible pace in their Skoda Fabia, pushing Cronin, and beating Pryce in Scotland but have also had their fair share of bad luck with two zero scores. An asphalt win on a non-championship round early in the year underlines their speed and are well placed for a maiden BRC win.

As is James Williams, also searching for that elusive British Championship victory. His Hyundai i20 has suffered a few teething issues which have held him and co-driver Dai Roberts back through the season, but the ever-resilient Welsh pairing have the bit between their teeth after some strong stage times against the odds.

In 2019, Jason Pritchard took third overall in a Ford Escort MK2 at Rali Ceredigion and entertained the crowds with the tail-happy machine. This time around he is equipped with a Volkswagen Polo GTi, and he and Phil Clarke would be happy with a repeat result.

Fresh from a sensational Ulster Rally victory and taking a runner-up spot in the Irish Tarmac Rally Championship, Meirion Evans and Jonathan Jackson make a welcome return to the BRC in a Melvyn Evans Motorsport run Polo GTi. Just a short drive from the team’s base, Evans will be looking to build on his fourth-place last time out at the Jim Clark Rally.

If ever there was a story to tell about the weekend ahead, Elliot Payne and Patrick Walsh could beat them all. Contesting a gravel event in Shropshire on the Saturday of the rally, they will finish the non-championship Woodpecker Rally, then dash to Aberystwyth to make the start of the BRC encounter, borrowing his Dad Charles’ Fiesta Rally2 for the asphalt event.

Time is tight to finish one rally and start the next, but Payne has embraced the challenge. Whilst he professes to ‘prefer gravel,’ the MangoGo-backed driver enjoyed both Clacton and the Jim Clark and with the benefit of quality seat time the day before, is likely to hit the ground running.

After a brutal penultimate stage retirement in Scotland, Garry Pearson/Dale Furniss will be aiming to take their Hankook-shod Fiesta Rally2 to solid points score on the Welsh tar. A podium at Pearson’s home event, the Jim Clark, shows the intent, but the pressure will be on to secure a positive result for his campaign.

Andy Davies makes his first trip onto the asphalt since a sizeable crash in Clacton and will be looking to build confidence on the tricky Welsh lanes. However, his road rally background will come into play as he and Michael Gilby hurl the Ford Fiesta through the narrow and unforgiving moorland roads.

National Rally Champion
It’s 2019 series runner-up Alan Carmichael and Arthur Kierans who are unstoppable in the National fight, winning every round contested so far this season in their Hyundai i20. But after Craig Jones/Ian Taylor skipped the long-haul trip to Aberdeen, a return to a more familiar sealed surface will suit them much better and will undoubtedly push the Hyundai crew in their Ford Fiesta. William Mains /Emily Easton Page revert to a Vauxhall Nova after engine failure in the Corsa blighted a positive Scottish result.

White scooped a Nicky Grist Stages win but a retirement on the Grampian means a good result in Wales is essential, whilst Mulholland’s second place last time out boosted his chances. You certainly can’t discount Ioan Lloyd/Sion Williams in their 208 Rally4 either, and after a run of bad luck, could easily enter the fray on home soil.

But there is a curveball at Rali Ceredigion, thanks to the arrival of Joe Kelly/Ronan Comerford in another Peugeot 208 Rally4. The Irish pairing contested last year’s Junior BRC in a Fiesta but switched to the French marque at the end of the season and have honed their skills back at home so far this year.