Kia has sharpened its attack on the business sector and introduced a Plug In Hybrid Electrified addition to its Sportage family-friendly range launched just a few months ago.

Some models will qualify for a very low 8% for the currnt tax year and lower than most rivals which come with a 12% penalty and total cost of ownership will be lower than other Sportage electrified models. The introduction of the latest Kia Sportage PHEV means it now sells ten electrified models in the UK which account for almost one-in-three registrations in dealerships with nine different powertrain choices for buyers. 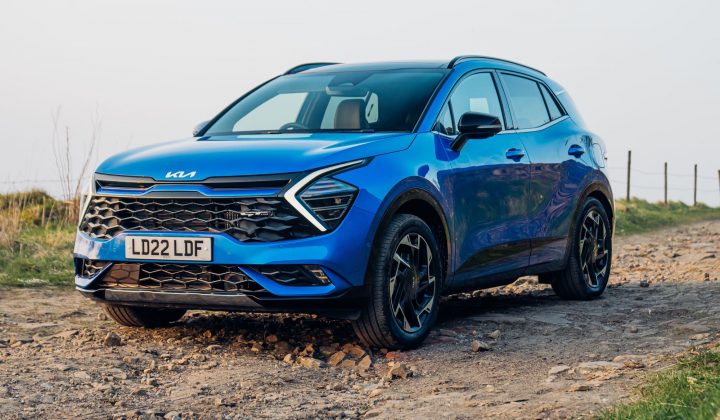 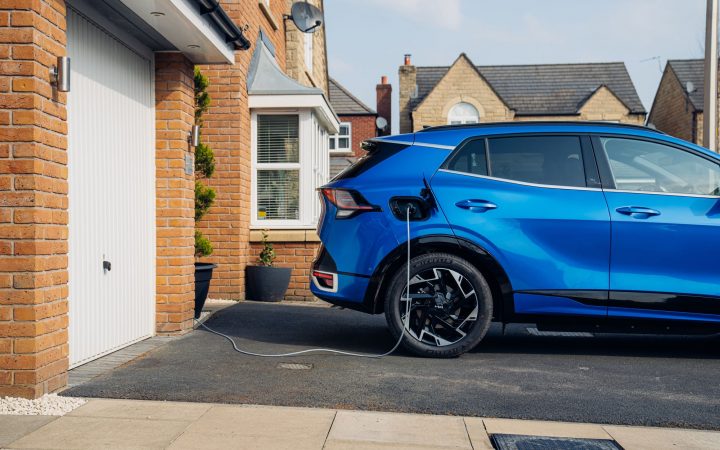 Paul Philpott, president and cco of Kia UK said in a statement, “Previous generations of the Sportage have always been essential to our plan for sustainable fleet and business growth.

“The Plug-in Hybrid Sportage boasts a low 8% BiK rate fo the  current tax year with just 25gkm emissions and the ability to travel 43 miles on electric power which produces lower running costs than many rivals and offers significant savings to fleet operators and drivers.” 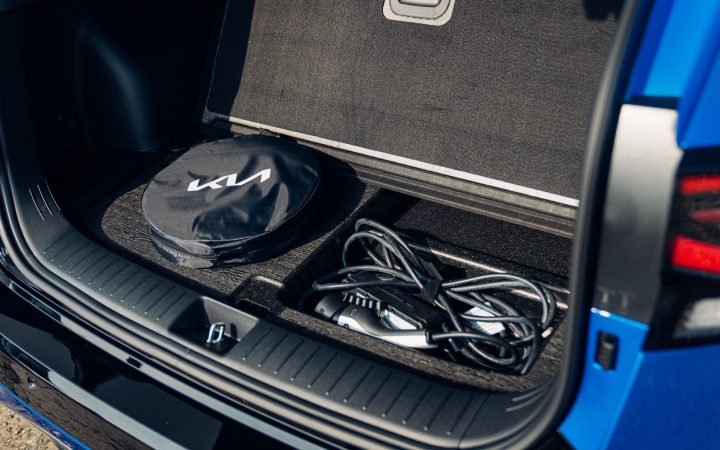 Kia say that the development of the Sportage PHEV means there are currently no plans for a pure battery model but a concept BEV has been shown which is likely to appear in showrooms in a few years alongside the battery powered EV6 sports car and forthcoming e-Niro compact MPV.

It expects the new Sportage PHEV model to lift the fleet split to 63% from 58% at the moment for Kia UK sales with the Sportage GT-Line taking 40% of registrations, the mid-range models some 25% each and the top model a niche 10%. 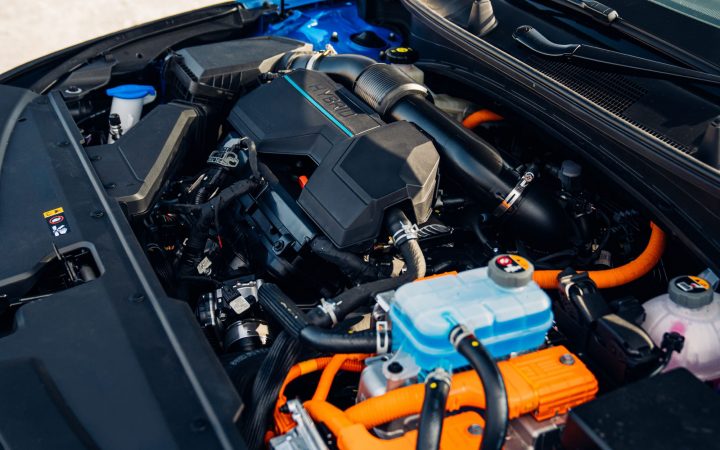 The 1.6 litre petrol four-cylinder engine produces up to 178bhp and the electric motor another 90bhp and the six-speed automatic transmission has been specifically tuned for the PHEV model and is also used in the mild- hybrid version. The on-board charger is rated at 7.2KW and gives a 43 miles battery range overall, but possibly 48 miles on an urban cycle, with recharge time from 10% to 100% of 1hr 45ms for the 13.8kWh battery. 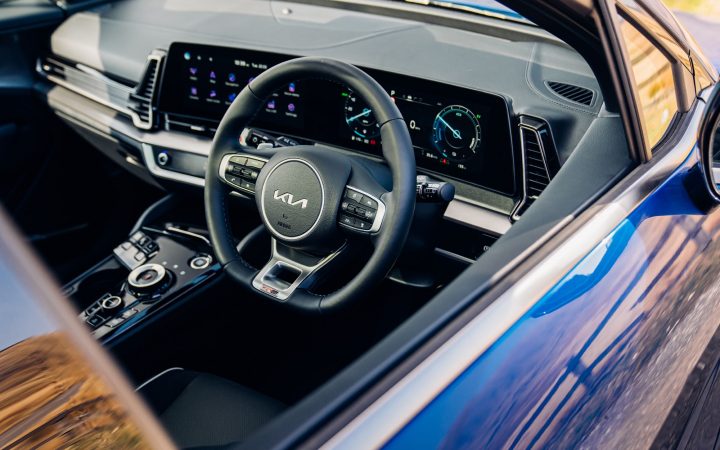 The newcomer is fitted with the same specifications at the rest of the Sportage line up so it has a distinctive twin-screen display and a host of creature comforts and advanced infotainment and sound systems, with full integration of smartphone features. The electric motor has slightly reduced luggage capacity compared to the rest of the Sportage range with some space given over to the charging cables stowage.

For our comparatively short 55-miles first drive with the Sportage PHEV we decided to stick with electric power as far as we could and it worked out very well with over 40 miles passing before the petrol engine kicked in when the system detected it needed to boost the battery. 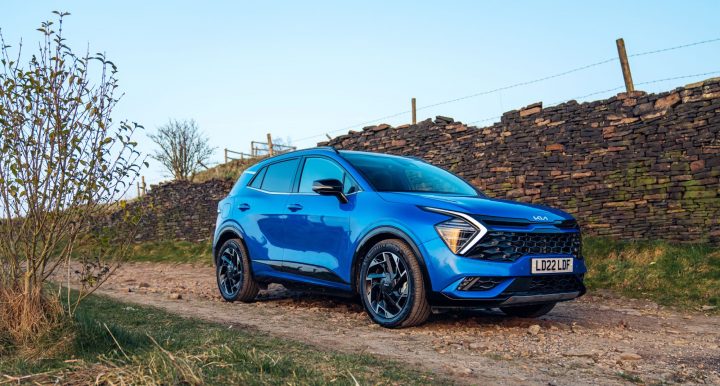 The internal combustion engine did assist when overtaking but the ev mode was sufficient for our journey of country lanes, main roads and short spell on a motorway. What is memorable as with all evs. is the near silence when operating in the eco mode.

There are a few whining noises but they are muted and you soon forget its running on battery power alone . It’s ridiculously simple to switch between modes. 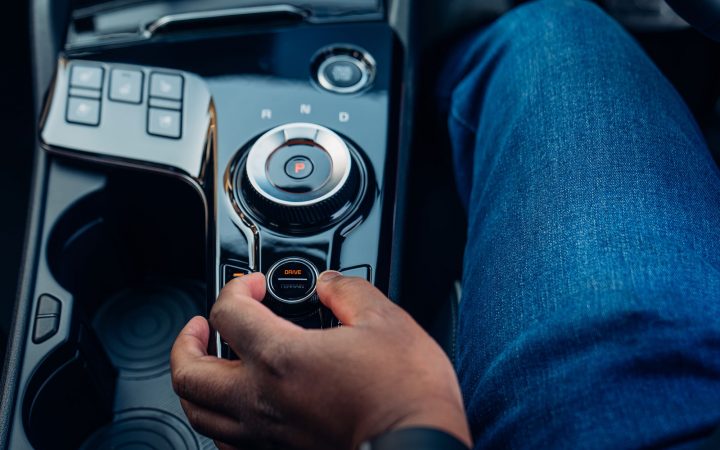 The AWD system has given the Sportage a well, sporting, feel to the handling on twisting tracks and it immediately responded to changes of direction, gripped very well and gave good feedback through steering and brakes.

The non-electric Sportage creature comforts continued to be enjoyed with the newcomer and it’s a genuine family car with good room for occupants and their luggage, or bits and pieces at weekends.

Advanced technical specification means it also does the business in the week for a lot less than you might pay with a rival and with every cost rising that has to be good news to recharge your finances.