Followed by an impressive swirl of dust as it whooshed along, the diminutive Gloucestershire-made car’s stealth-fighter-like profile might look intimidating, with a footprint based on a 1960s F1 car, but when the car’s small dimensions are combined with carbon fibre bodywork and active-ride height suspension, it’s little wonder it captured Goodwood’s long-standing hill record.

Given its rarefied motorsport atmosphere, visitors to the 2022 Goodwood Festival of speed – supported again by Mastercard – can be excused for forgetting the current political, and global economic gloom as they became cocooned in UK motorsport’s renown microcosm of escapism. With no shortage of Blue-Riband international companies clamoring to support this year’s fully post-COVID event, the festival again proved itself a triumph of idiosyncratic British society.

Themed ‘The Innovators’, this year’s event recalled the many ‘Eureka’ moment motorsport ideas, such as the first twin cam engine 1912, first supercharger 1922, first entre-line single seater 1932, first monocoque chassis 1962, and so on.

In addition, several motoring icons celebrated birthdays, significantly the Austin Seven’s centenary. The doughty little car having brought motoring within the reach of ordinary folk in 1922 and replaced the cycle-cars which had dominated the scene until The Great War. 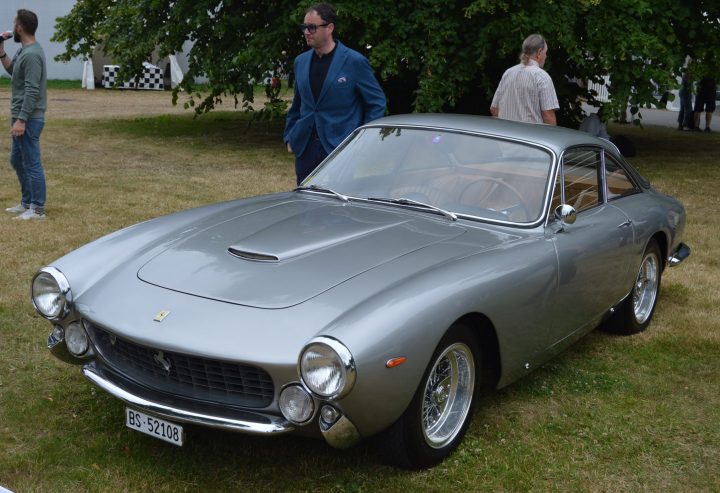 Since 1997 Gerry Judah’s sculptures have become synonymous with the festival’s central theme, erected outside Goodwood house with hardware manufactured by an unpretentious Littlehampton engineering company. 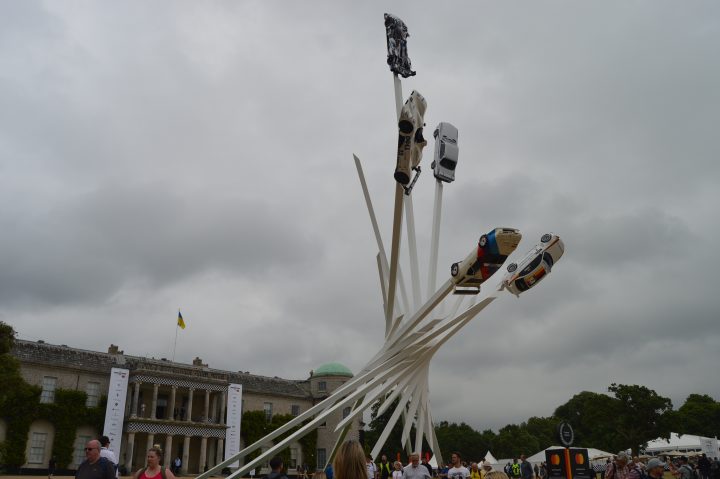 This year’s Judah tour de force featured BMW M-Division and make no mistake, cars mounted on the sculpture (above) are very real, albeit with engines removed. The German manufacturer is reported to have paid Goodwood £1M for this cool 4-day homage to 50 years of its iconic M-Division.

World champions on two and four wheels are common sights at the festival. This year Nigel Mansell and Wayne Rainey featured for achieving their goal on four and two wheels in 1992, Rainey’s third title. Rainey was then left paralysed from the chest down following a racing accident in Italy 1993 and made an emotional return to the saddle at this year’s festival for the first time since. 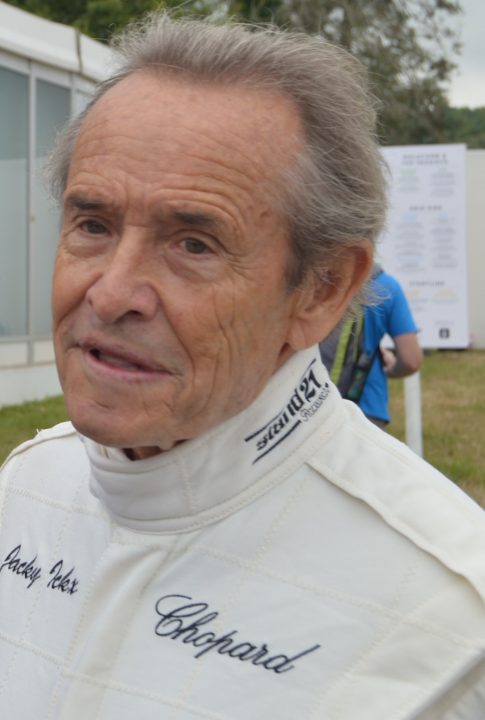 Add into this heady recipe of iconic cars and personalities – I bumped literally bumped into 6-time Le Mans winner (above) Jacky Ickx – the Cartier Concours lawn, containing some unique motoring dinosaurs and almost non-stop action on the 1·2-mile ribbon of narrow and sinuous tarmac that is the Duke of Richmond & Gordon’s drive at Goodwood House. Whilst in the air, the simply brilliant Red Arrows did everything they do best against blue Sussex skies!

At the very top of the Goodwood estate, near its ‘Glorious’ horse racing course, the challenging and popular rally stage provided spectators non-stop gravel action with a cornucopia of rally cars stretching from the 1960s to present day.

Traditionally, the final hour of the four-day festival weekend provides the exciting shoot-out between the fastest cars on the hill climb, with the 41.06 record standing to Nick Heidfeld’s McLaren MP4/13 since 1999.

Proving that Goodwood not only celebrates the past and present but also encourages the future, this record was sensationally broken by Max Chilton’s 1,000bhp/tonne McMurtry Automotive Speirling fan car with an astonishing 39.08, 6 seconds quicker than next quickest, Richard Lietz Porsche 718 GT4 ePerformance 45.50 and Ben Mitchell March-BMW 782 on 45.64 on the final step of the podium.

On the dusty and slippery Sussex chalk of the rally stage, action was a little more subdued with victory going to Ruairi Bell’s well-driven Skoda Fabia R5 on 7:34.4 from Roger Duckworth’s Subaru Impreza 7:41.4 and the Ford Fiesta R5 of Ross Leach 7:51.3.

Ending the weekend on a high, the 2022 festival, run in ideal weather, was considered to have been one of the best since the inaugural event back in 1993 and perfectly set-up next year’s contest for Goodwood hill bragging rights.