You are here: Home / Motorsport / 2022 / Evans WRC odyssey in Greece this week

The Toyota Gazoo Racing World Rally Team aim to return to the top step of the podium on the Acropolis Rally in Greece this week, round 10 of the 2022 FIA World Rally Championship.

The Acropolis returned to the WRC calendar in 2021 and has a reputation for rocky mountain roads and high temperatures which combine to create a tough challenge for the cars, tyres and drivers. Kalle Rovanperä, who won the event at his first attempt last year, has a championship lead of 72 points with four rounds remaining. 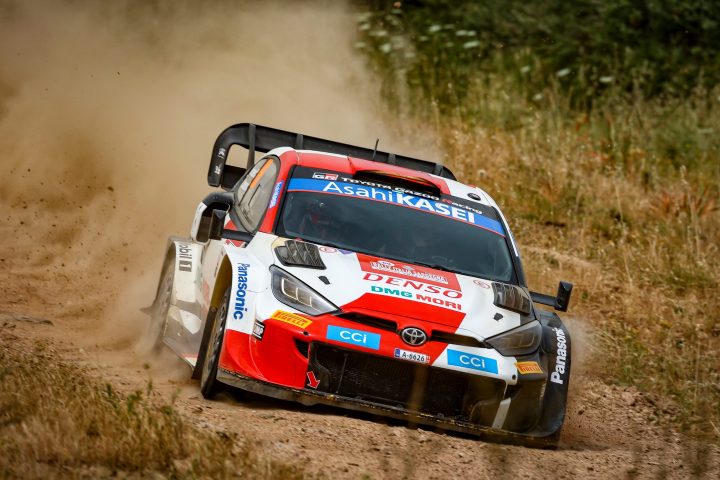 After finishing second last time out in Belgium, Elfyn Evans is third in the standings and still in contention for the drivers’ title. Following two podiums in the last two rounds, Esapekka Lappi will contest the Acropolis for the first time since 2014, while Takamoto Katsuta will make his event debut with TGR WRT Next Generation Yaris.

The rally begins with a Thursday night super special stage in the Athens Olympic Stadium. From there, the crews head west ready for two passes of the Loutaki stage on Friday morning, sandwiching a single pass of the adjacent Harvati.

The afternoon journey north to the service park in Lamia includes three more stages: a tyre-fitting zone separates the new Dafni and Livadia tests, which are followed by Bauxites. Saturday consists of two loops of three stages west of Lamia and almost half of the rally’s competitive distance.

Pyrgos is the longest stage of the weekend at 20 miles and precedes the returning Perivoli and famous Tarzan test. On Sunday, Elatia-Rengini separates two passes of Eleftherohori, the second forming the rally-ending Power Stage.

Elfyn Evans  explained, “I’m looking forward to the Acropolis Rally. After the high-speed nature of Estonia and Finland, Greece will offer a very different challenge for a gravel rally.

“Sardinia was the last rough gravel event we had in Europe and we had quite a good feeling with the car there and good speed, even though we didn’t get the result at the end of the weekend.

“There are still things we can improve, and hopefully we can pick up where we left off and keep making steps forward in Greece. Most likely it will be a hot and tough rally like the Acropolis is known for, but we saw last year with the rain that we can’t be completely certain about the weather.”