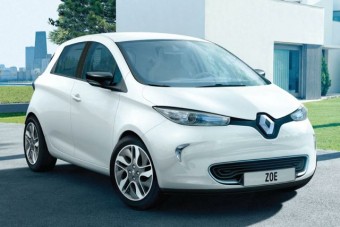 Sales of electric vehicles (EVs) have doubled annually in Europe since they were first marketed in 2010, reveals the electrification section of Transport and Environment Organisation’s cars and CO2 report.

In 2013, provisional sales data from the European Environment Agency show that nearly 50,000 plug-in vehicles were sold, representing around 0.4% of all car sales in the EU.

The top three selling EV models in 2013 were all new entrants to the market.  The Renault Zoe, Mitsubishi Outlander and Volvo V60 Plug-in, shown top to bottom on right.

In contrast, sales of the best-selling models in 2012 (Opel Ampera and Peugeot Citroen iOn / C-zero ) both fell significantly.

“Electric vehicles can play an important role in the shift to more sustainable mobility, and their increasing sales are being driven by carmakers’ need to innovate to meet EU CO2 regulations,” said Greg Archer of Transport & Environment.

The report highlights the importance of establishing new car emissions standards for 2025 and 2030 to ensure investment in low-carbon vehicles technologies is maintained.

It warns that proposals by German carmakers to include transport in the Emissions Trading Scheme (ETS) would lead to higher transport emissions, more oil imports and less innovation in low carbon vehicle technologies because the ETS wouldn’t require emissions reductions in the transport sector.

“Including transport in the Emissions Trading Scheme would put a brake on low carbon vehicle innovation. Emissions standards complemented by targets for ultralow carbon efficient cars will ensure the current rapid pace of innovation is maintained,” Archer concluded. 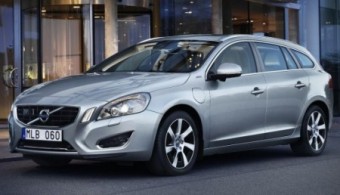 The report shows sales of electric cars in Europe represent around a quarter of global sales. Sales in California are the highest in the world driven by a mandatory but tradeable requirement on carmakers to supply small numbers of these vehicles.  T&E advocate a similar policy for the EU rather than encouraging EV sales through the flawed system of ‘supercredits’ that simply reduce the need for carmakers to improve the efficiency of conventional vehicles.

Cars are responsible for 15% of Europe’s total CO2 emissions and are the single largest source of emissions in the transport sector.

The EU’s first obligatory rules on carbon emissions require car manufacturers to limit their average car to a maximum of 130 grams of CO2 per km by 2015, and 95g by 2021.