You are here: Home / Motorsport / 2022 / Driver who recorded ‘impossible’ victories has died

Brian Culcheth, who died 11 September at his home in Porlock after a brief illness, was a rally legend among British fans, especially on home internationals and included winning the 1978 British Rally Championship.

His career as a professional driver began as a young member of Harrow Car Club and went on to see him become one of the most successful factory drivers with more than 125 national and international rally starts to his credit from two decades during an era when the sport was perhaps at its global zenith.

Versatile, capable, dependable, and determined, Brian spent most of his career with BMC/British Leyland and Triumph, scoring 7 outright rally wins and 21 class victories. 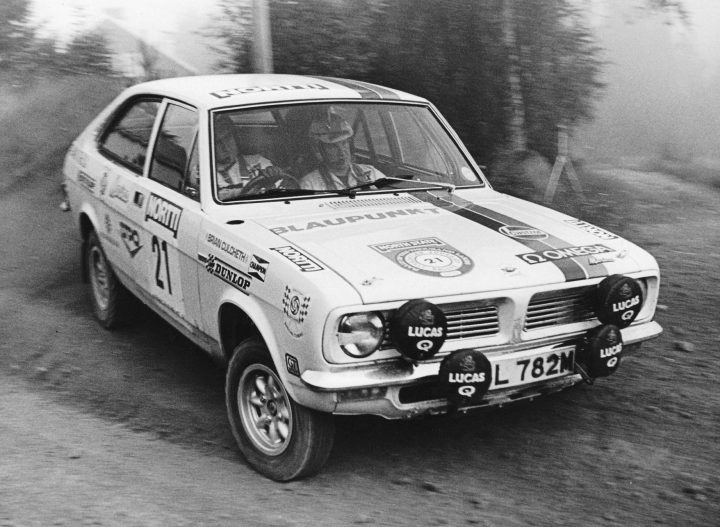 One of these was on Finland’s 1,000 Lakes Rally (above), the first non-Scandinavian driver to do so and, driving a Morris Marina, an unlikely rally car that he had spent his time and considerable expertise to engineer and develop into an international class winner.

Then after joining Opel, Brian became 1978 British Rally champion, winning his class in all 7 rounds of the championship in a Kadett GT/E against fierce international competition. Opel’s Teutonic efficiency and the instant success it brought ‘Culch’ just confirmed that he had loyally persevered far too long driving flawed and mechanically unreliable competition cars – Dolomite, below at Llandow on Avon Tour of Britain,  and TR7 – and perhaps what could have been if he had switched teams sooner? 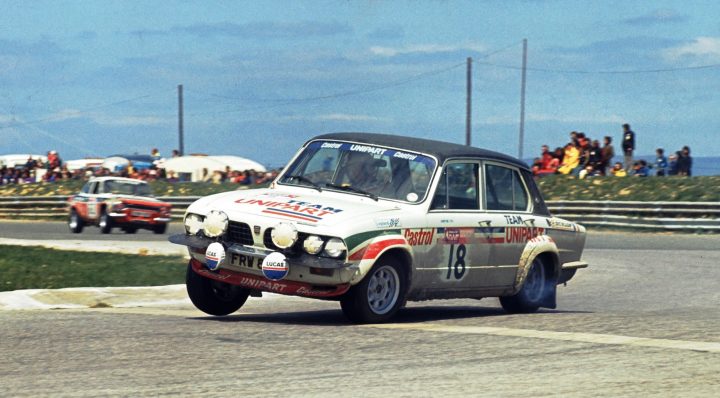 Also ranking among Brian’s high-profile rallies was 24th overall on the grueling 1968 London to Sydney Marathon with Mike Wood and Tony Fall in the unloved Morris 1800 Mk2 and second overall on the 16,500-mile 1970 World Cup Rally in a British Leyland Triumph 2500 PI, with regular co-driver Johnstone Syer. These achievements should not be underestimated as these events were popularly considered as the toughest rallies ever run and unlikely to be repeated again.

Brian’s vivid recollections were legendary, and he also recalled the capricious nature of major motor manufacturer’s competition budgets as well as some unfathomable team management instructions relating to some of the mid-event changes made to the handling characteristics of cars as well as fitting slick tyres for wet stages – without consulting drivers!

As well as being an accomplished rally driver, Brian was also competitive in circuit racing and rallycross with   inbuilt talent for engineering changes to the cars he was driving, during a career that began as co-driver on the 1959 London Rally in a VW Beetle and ended as a works Opel driver on the 1979 RAC Rally. 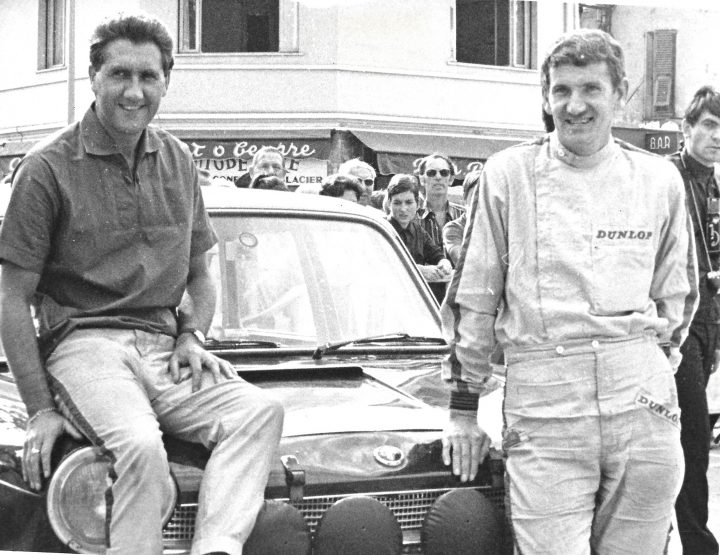 Brian (above left) lived at Porlock in the west country and recently summarized his rally career: “It was frustrating that after a fourteen-year association with BMC/BL, I never won a championship, but after just one year at Opel I became British Champion.”  Brian’s long-term friend and co-driver Johnstone Syer (above) predeceased him April 2021. We extend our condolences to Brian’s family and many friends.