You are here: Home / Featured / Creepy cars to put skids under you

Scoring iconic movie vehicles based on their sentience, ‘murderability’, and brake horsepower, Go Car Credit has created a ranked list of the creepiest cars to grace the screen. 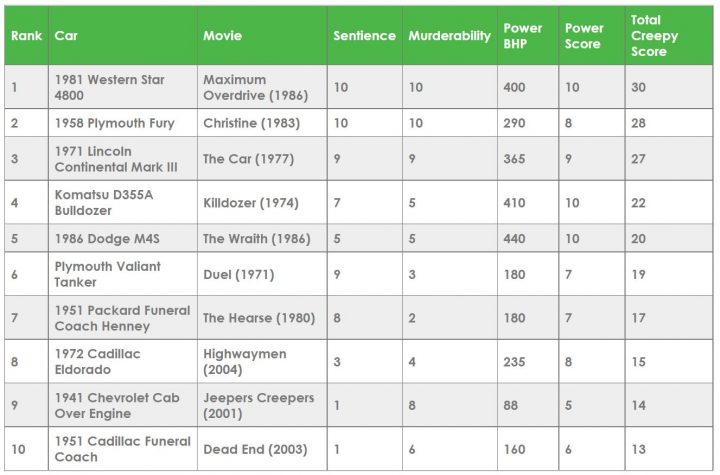 Hayley O’Connor at Go Car Credit had this to say about the findings, “As a team of car fanatics, we are always discussing our favourite vehicles and what makes them so special.

“With Halloween around the corner, we wanted to celebrate some of the creepiest cars on film, and that got us thinking about what makes these vehicles truly creepy. We hope this little bit of fun sparks some lively debate with other car fanatics this Halloween.”