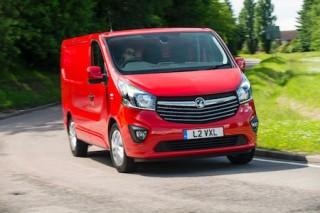 If you could wrap up the success of the British motor industry in modern times, it would shape up as the Vauxhall Vivaro.

Fourteen years of continuous production has seen three generations of the serious workhorse come out of Luton and the current model is taking that to a million vehicles.

When the newest was given the go-ahead in mid-2014 it saw a £185 Million investment guaranteeing 1,200 jobs for over a decade with half of its production going abroad. British parts suppliers have greatly benefitted as well as the Luton workforce and an estimated £600 Million will be spent on local components during the life of the current series.

And what a series it is with 50 models using a choice of four diesel engines, a variety of bodies and capacities in two trim levels. Uniquely, customers can directly order signwriting, wrapping, bespoke racking and conversions which are factory fitted and come with a comprehensive warranty. Prices rise from £18,000 to a little over £23,100 and it works out less than the previous generation. 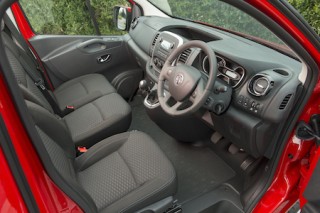 This all-in comprehensive service and supply has helped boost orders with sales up 32% this year which meant a second shift had to be added in January.

We tested the 120hp 1.6 turbo-diesel with ecoFLEX stop & start fuel saving engine and 6sp manual gearbox in the higher Sportive trim, including cruise control, comprehensive info-tainment, air conditioning, powered windows and park assist. The cab is easy, roomy for three abreast with a lot of oddments space for a week on the road.

Access to the illuminated load area is through twin rear doors with a full width opening and also our van came with a big side sliding-door for ease of use and practicality as well as 5200 Litres capacity and 1240KG payload. A load-through bulkhead comes with Sportive as well. 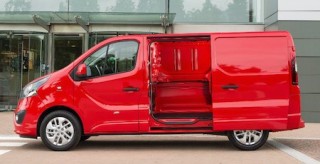 In the cab, the driver will find everything really well laid out for ease of use without stretching. I would have preferred larger instruments’ display but the secondary controls were well marked and placed, the power steering felt just rightly weighted with strong and smoothly operated brakes underfoot and an effective parking brake.

The engine pulled well once on the move and the gear ratios gave safe overtaking ability with quiet and economical main road cruising. For a big van it averaged 40mpg, which provided a range of close to 700 miles on a tank.

Despite its size at close to 5M and 2M width it could be neatly placed on the road or in a parking space thanks to the large mirrors and responsive steering. Feedback was good on open roads, the turning circle was compact and it never gave a moment’s concern regarding its roadholding and handling.

The ride was generally good, only really bad bumps and ridges being felt inside although you could hear how hard the suspension was working underneath you. 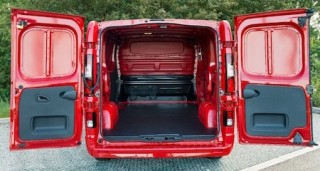 A low waistline to the cab, big windows and front wipers, as well as strong headlights made for easy parking and driving in poor conditions.

The Vauxhall Vivaro is a very well thought out model, has a host of practical points, is easy to drive and comfortable if you have to spend many hours behind the wheel. It is also commendably economical. No wonder it’s a best-seller and British success story which goes on and on.