You are here: Home / First Drives / Business as usual for the new Audi A4 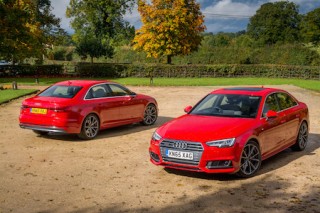 Whilst the giant VW Group is mired in its ‘dieselgate’ issues, to survive it has to be business as usual for the numerous car brands operating under its umbrella.

So it’s business as usual for Audi UK who will be delivering the first of their all-new A4 Saloons to waiting UK customers from 21 November. The A4 Avant estate models will join the line up in January, the AllRoad models next Spring and the S4 versions next Summer.

When complete Audi UK expects the A4 range of two wheel drive and quattro all wheel drive models to achieve around 28,000 UK sales in a full year, an 18% increase over current demand.

There will be 54 variants of the new ninth generation compact executive saloon, known as the A4 for five generations, with a choice of seven TFSI petrol and TDI turbodiesel EU6 compliant engines, 12 of these units being the lower CO2 emission Ultra TDI units. Power outputs so far range from 150 to 272hp with emissions starting as low as 99g/km and fuel consumption up to 74.3mpg. 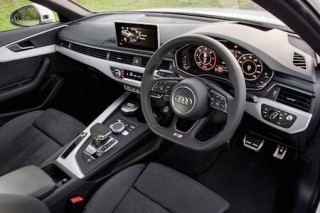 Customers will also have the choice of three specification levels, SE, the new Sport and the S-line. Depending on the engine chosen there is the availability of a redeveloped six speed manual and seven or eight speed S tronic auto transmissions plus two and four wheel drive.  Prices start from £29,900 for the saloon and £27,300 for the Avant estate.

Katie Purcell, Audi UK’s A4 product manager said at the media launch this week that the new A4 is expected to have a 60% sales uptake by fleet and business user-chooser customers, 92% of all buyers will choose a TDI turbodiesel powered model with 60% of those being Ultra versions.

Although the A4 is globally Audi’s best selling model range, in the UK the A3 family of models – Hatchbacks, Cabriolets, Saloon and Sportbacks is the best selling range accounting for around 40,000 units a year. Audi UK expects to achieve another record sales year in 2015 with a target of 160,000 registrations from their range of over 50 models.

In the new 65 plate registration month of September Audi’s UK sales were 28,437 – an 11.4% increase over September last year and sales year-to-date are up by 5.4% with 133,300 registrations. Since the Audi brand was introduced to the UK market 50 years ago it has achieved over two million sales.

The all-new Audi A4 range uses their new MLB-evo longitudinal engine platform, the same as that used for the new Q7 SUV models.  The A4 built from high strength steel and aluminium is up to 120kg lighter than before, 21% more fuel efficient and the engines average 25% more power.

Although it is marginally larger the rounded body design is more efficient with the lowest-in-class 0.23 drag coefficient.

Against: Conservative styling, adding options comes with a wealth warning.

There is no doubting this is the car on the “must have” list for many business users and reps.,says Robin Roberts.

Image counts for a lot and the Audi A4 has an instant awareness, but the newcomer is not as stand-out as it might have been, particularly from the exterior.

Inside, it’s a different story as its very sophisticated, with bright work detailing, piano-black plastic and discreet leatherwork as well as neatly shaped switches and latches.

We found the performance was good, better in some respects in the lower powered model than the 190ps version because it was quieter.

The low mechanical noise level is immediately noticeable but it means the road rumbles become more obvious. Wind noises were extremely low thanks to the very slippery aerodynamic shape which gives it one of the lowest drag co-efficients of any car in this class.

Its marginally roomier inside and the boot is still a good size, the ride is comfortable and the seats supportive.

That it will be another winner for the brand I don’t think is in doubt, it’s just that the new shape is not as exciting as it might have been to proclaim itself.