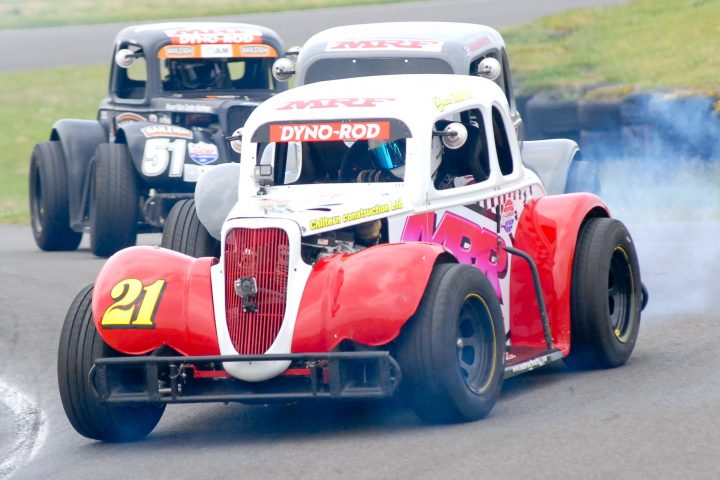 The North Western Centre of the British Automobile Racing Club run the first of their two annual race meetings at Anglesey Circuit this Bank Holiday weekend.

A packed schedule of Legends, Sports and Saloons and a Citroën C1 endurance race promise an interesting and varied weekend of motorsport.

For the second year running this meeting has almost become what could be described as a Legends Racing Festival as not only are the ever-popular UK National championship cars racing, the club will also be hosting rounds of the Scottish and Irish championships.

Over the weekend there will be double headers for each championship resulting in 12 frenetic races. Rather than the grids being made up from practice times, the first heat is drawn by ballot with the second heat grid being the reverse of the first and the final grid being based on the heat results.

This leads to very competitive racing with lots of overtaking. Top drivers to look out for will include Connor Mills who won three times out at the opening round at Brands Hatch, last year’s rookie champion Sy Harrison and Legends National Champion John Mickel.

Picking a winner will be especially difficult but whoever they are they will truly deserve victory. The C1s return to Anglesey in September for a 24-hour race.