You are here: Home / Motorsport / 2023 / Autosport show goes on a diet of desire

After a two-year hiatus, Autosport International bounced back to deliver its traditional preview of the coming season.

Perhaps, understandably, the scale of this year’s show was smaller than usual and for sure it lacked that international “je ne sais quoe” made easy for visitors by access to Birmingham airport, nevertheless it made a welcome return to the calendar after its last showing way back in January 2020.

An early sign of austerity was the absence of the traditional glossy program, replaced by a puny pocket guide containing a list of exhibitors. That said, once inside the eclectic array of cars on show spanned many categories and formulae, Historic, Saloon, Sports, F1, NASCAR and EV. 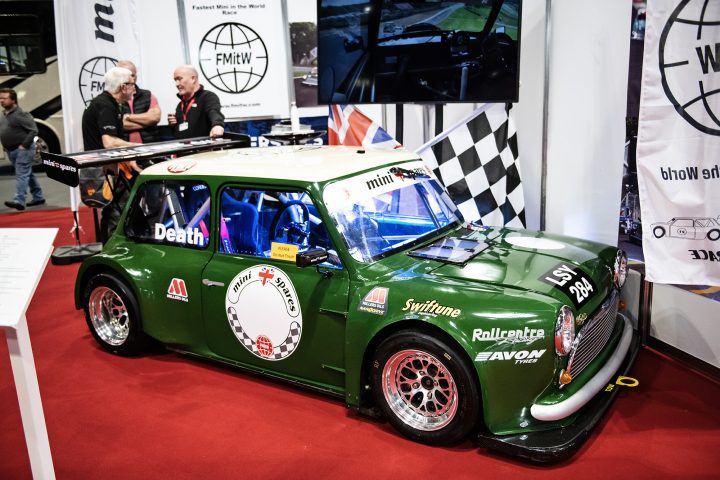 A typical jewel on the club racing scene is Mini Spares’ innovative creation of the ‘Fastest Mini in the World’, complete with specially built 2.6 litre V8 engine producing 360 bhp, mated to a bespoke Xtrac transmission system, mounted in a space-frame chassis, clothed in a Mini body, and weighing 630 Kg. This remarkable car was driven by Le Mans winner Steve Tandy at Brands Hatch in the summer, who reported wheelspin in third gear on a dry track!

Burgeoning second division touring car series, TCR UK, were using the event to showcase some of their eye-catching touring cars. Now facilitated by the BRSCC the championship bills itself as the fastest-growing, most accessible, national multi-marque championship in the UK, complete with several talented future BTCC drivers-in-waiting and all eager to move to the final rung of the saloon car ladder. 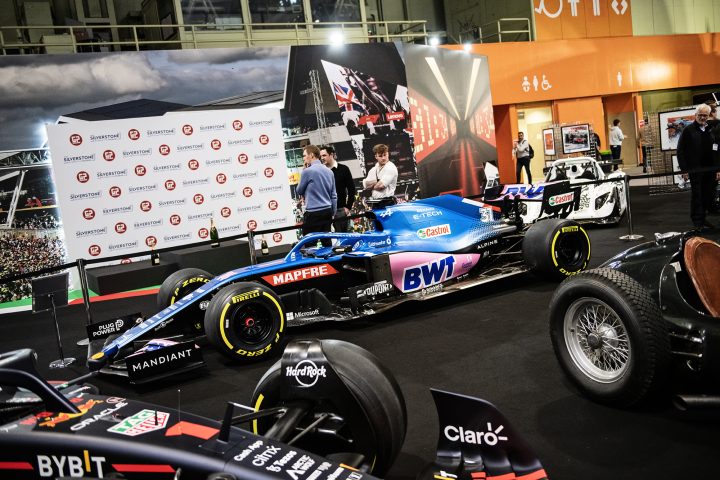 Among racing club stands, the BRSCC, CSCC and Castle Combe Racing Club were busy taking 2023 championship registrations from new and existing competitors, while close by theSilverstone Interactive Museum, in alliance with GP Racing magazine, displayed a Formula 1 spectrum. Spanning 70+ years cars included the stunning H&H recreation of the 1951 BRM with howling supercharged V16 1.5 litre engine, still regarded as one of the most ingenious engine designs in F1 history. This collection formed the centerpiece of an exciting and immersive display. Conspicuously absent this year were the BARC and HSCC as both these premier racing clubs had previously provided stellar displays of historic and current race cars.

Cosworth provided a prestigious focal point for the Engineering element of the show and the quest to identify the next generation of designers and engineers was supported by several universities offering motorsport related courses to aspiring students. In an adjoining hall the Performance Tuning Car Show chose a very special Vauxhall Astra VXR as its car of the show, but perhaps one omission was the lack of rally cars on display, although the Roger Albert Clark historic stage rally had a prominent stand hosted by clerk of the course, Colin Heppenstall and seemed to generate a large crowd – is there a message there?

Although this year’s show was a shadow of its former self it continues to provide great opportunities for motorsports folk to network – drivers, teams, promoters, suppliers, and Media – prior to another busy season, which according to current gloomy economic predictions looks challenging!

In summary, not a bad job and Autosport International organisers commendably made best use of what they had available. They must now focus on restoring the event’s status and popularity in time for January 2024.