You are here: Home / Features / Automated cars are coming to a road near you, sometime 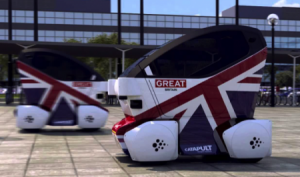 With 2014 presenting us with futuristic concepts that threaten to transform the way we drive, driverless cars and wearable tech are major talking points at the moment.

It all sounds like something from Back to the Future, but the reality is that these incredible gadgets are beginning to creep into everyday life.

As the first driverless car hits UK roads – official tests have been taking place in the UK – this technological revolution becomes all too real. So what does this mean for Welsh drivers and how will it impact your insurance premiums?

2014 was the year of dash cams. Whilst only 3% of drivers have adopted them, the number of hidden cams on the roads is set to increase, following the surge of cyclists using them to catch drivers who drive aggressively. Seeing them in action and realising how useful these nifty gadgets could be, drivers are now choosing to implement dash cams into their daily routine and insurers are developing their policies around this new trend.

Much like telematics, it took a while for drivers to adopt this new technology and insurance firms even longer to draw up policies that incorporated them. So if we base our thesis on the trends of the past year, a few interesting developments may occur.

How will things change this year?

The Lutz Pod, the UKs first driverless car, is set to take to the roads later this year after new laws deemed these computer-controlled cars legal. Whilst there isn’t specific plans to trial this model in Wales just yet, if they catch on, you could be seeing these little machines buzzing around your local area in no time.

But are they safe? Well, that depends on your outlook. The most common cause of accidents in the UK is human error. A computer-operated vehicle would of course rectify this issue. However, when you take away a human driver you take away the natural instinct that we’ve built up over years of driving. When we notice an unruly driver, we know to keep our distance. We can see the signs of a drunk at the wheel and we can register a woodland animal sign and know to slow down and keep an eye out for said animals. Can a computer do this? The sensors on a driverless car only kick in when they notice a hazard, by that time it could all be too late.

The same goes with wearable tech. Nissan and Mercedes aim to bring apps to the market that enhance our driving experience, but they of course have their safety downsides. As an extension of your phone you can expect incoming notifications and plenty of distractions to interrupt your concentration on the road.

Whilst this all sounds pretty bleak, there’s plenty of testing to be done. It’s likely that wearable tech will catch on as it easily fits into our lifestyle choices, but driverless cars certainly have a long way to go.

We’ve yet to see how specialist insurance firms will adapt to these changes, but in the wake of telematics and dash cams, we can expect to see firms including these handy gadgets into specially-designed insurance deals and packages in the future.