You are here: Home / First Drives / Alfa TCT gears up to change perceptions 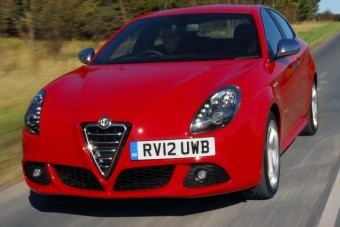 Alfa Romeo is confident the new Giulietta TCT will change the way we look at the marque and build on the success it has enjoyed over the last 12 months when it bucked the trend for the market.

The sporting Italian brand saw sales hit a nine year high of 11,563 cars and registrations soared 30.8pc in a market which saw most rivals go down 4.4pc.

The success of the brand has been down to a combination of factors, from the latest product line-up, to its improved dealer network which now boasts a top 10 positioning in the J.D. Power UK customer satisfaction survey and the highly competitive finance and incentive offers available on each model.

Both the sporty compact Alfa MiTo and Alfa Giulietta hatchback have helped the marque gain a new customer following by becoming a credible alternative to mainstream German rivals.

While much of that UK rise has been down to the city car MiTo, the more executive Giulietta has also been winning conquest sales. In the UK, Alfa Romeo sold 7,113 Giuliettas in 2011 and has sold over 10,000 since launch about 18 months ago.

The Alfa Giulietta, blends five door practicality with coupè looks and is still the safest car in its class despite the introduction of newer models from competitors. Now the TCT is available in the Giulietta range, from £21,855 and rising to £24,800.

The Giulietta’s Twin Clutch Transmission is its own in-house automatic design and manufactured system which ensures very rapid yet smooth responses demanded by sporting drivers but also integrates with the Alfa Romeo DNA system to give a choice of dynamic, normal or adverse modes depending on choice or conditions.

It is not only quick but also clean and is available on petrol and diesel powered models in the range and helping optimize the savings is the AR Start&Stop system, a rare feature on any automatic.

Available in Lusso or Veloce trim levels on the Giulietta, the latest generation Alfa TCT ‘dry’ dual clutch semi-automatic transmission is combined in the Giulietta with the 1.4 TB MultiAir 170 bhp and 2.0 JTDM-2 170 bhp engines.

In particular, this innovative transmission ensures greater driving comfort and a sportier feel than conventional automatic transmissions with a torque converter, together with improved efficiency and lower fuel consumption. Worth noting is that Alfa TCT improves fuel consumption with respect to corresponding manual transmission versions by exploiting integrated, smart engine and transmission electronics in order to optimise engine system performance and efficiency.

The transmission works in either all-automatic or sequential mode, as required by the driver. The user can manually manage the up and down position of the accurate, ergonomic shifter, with which steering wheel shift paddles may be combined.In addition, the driver can customise the car’s dynamics using the Alfa D.N.A. driving selector to enhance its features of comfort, performance, safety and efficiency.
Equipped with the 1.4 TB MultiAir 170 bhp engine, the Giulietta TCT’s top speed is 135 mph with just 7.7 seconds needed to accelerate from 0 – 62 mph. 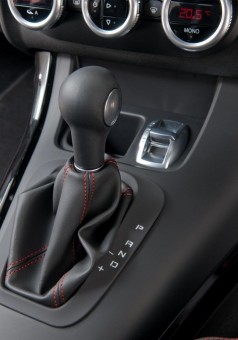 Even with this performance, fuel consumption and emissions are extraordinarily low: 54.3 mpg over a Combined Cycle and 121 g/km of CO2 – values that make the Giulietta one of the most environmentally-friendly and efficient petrol-powered compacts on the market, even when compared to manual gearbox competitors with lower power ratings and performance.

In addition, for fleet buyers and company car drivers, the 1.4 TB 170 bhp MultiAir engine with ALFA TCT records the highest horsepower to BIK percentage for a petrol engine in the C segment, and proves that performance doesn’t have to come at the cost of a high tax bill.
When combined with the 2.0 JTDM-2 170 bhp diesel engine, ALFA TCT values continue to impress.

In fact, compared to the same manual gearbox version, acceleration from 0-62 mph is improved from 8.0 seconds to 7.9 seconds, fuel consumption on the combined Cycle improves from 60.4 mpg to 62.8 mpg, while CO2 emissions reach a record level for an engine of this power: 119 g/km compared to 124 g/km with the manual gearbox.

At the moment, Giulietta models are selling twice as fast to business users as private buyers and it is thought that the gap will further widen now the TCT is available and brings with it the lower CO2, VED and BIK advantages.

The arrival of the new cars combined with the taxation changes has posed a dilemma for Alfa Romeo. Until now, the Giulietta diesel was a stronger seller than its petrol equivalent, said AR marketing boss Damian Dally.

“With the new tax structure and the highly efficient petrol engine and TCT, the savings are moving more towards the petrol model, but I think the business buyers have been slow to see this,” he said.

AR believe about 18pc of Giulietta sales will be the new TCT in a full year but they will not be pushing the cars at the cost of profits and longer term value for buyers.

In fact they believe Giulietta sales will this year be about 6,000 cars compared to 7,100 approximately in 2011. 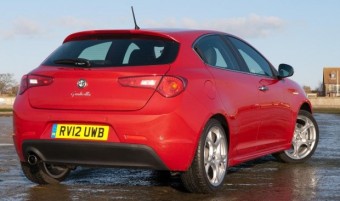 The sophistication of the AR TCT is very impressive in the Giulietta, an often overlooked premium car, and it will please both enthusiasts and environmentally conscious car lovers.

Without detracting from the performance DNA of the Giulietta, the TCT brings additional refinement with its ease of operation, immediacy and smoothness.

You have a selector lever on the tunnel or can order wheel mounted paddle shifts and the system operates in milliseconds up or down to ensure there is always the next gear ready.

If you go for the 170bhp petrol I tested you may notice a sharper pick up from rest than was the case with the similarly powerful diesel, but its mid-range pulling power was noticeably greater and possibly more useful in town traffic.

Ride, handling, steering and brakes were all very good but I would have liked longer front seat travel and rear seat room is a little restricted for taller people.