You are here: Home / Motorsport / 2019 / A world apart celebrated in Wales 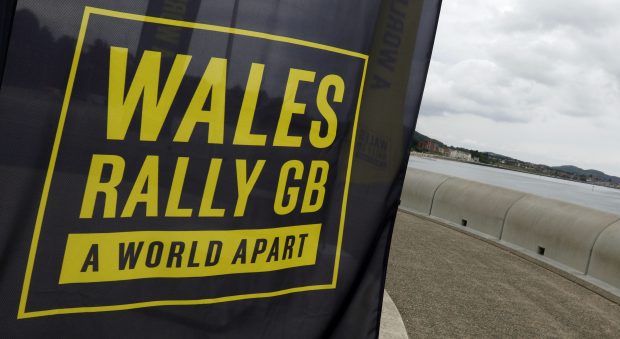 It’s specifically created to emphasise the unique attributes of the UK’s annual round of the FIA World Rally Championship and to introduce the extraordinary sport to wider audiences.

The dynamic rebrand builds on the more traditional ‘Rally of Legends’ positioning of recent years and provides a new platform from which to market and further grow the event.

The new tagline – ‘A World Apart’ – celebrates just how far removed the raw adventure of world championship rallying is from some of today’s more sanitised stadium sports.

Whether it is the off-the-scale competitive action set in mountainside forests or the latest generation of turbocharged, four-wheel-drive WRC cars that are far more extreme than their showroom counterparts or the brave-hearted drivers who are fully committed and courageous or the enthralling spectator experience which is an assault on the senses like no other, Wales Rally GB truly is a world apart.

“This is a sport like no other and we want wider audiences to discover its very special appeal,” explained Hugh Chambers, Chief Executive of Motorsport UK, organiser and promoter of Wales Rally GB.

“Rallying is by no means one of the most accessible of sports on Earth but in so many ways that is its biggest attraction. The scenery is spectacular, the action is dramatic and the experience rewards spectators with vivid memories that last a lifetime.

“It’s no surprise Wales Rally GB has drawn record attendances in recent years – now our new messaging will encourage even more people to share in its magnetism and to create their own stories for life.” 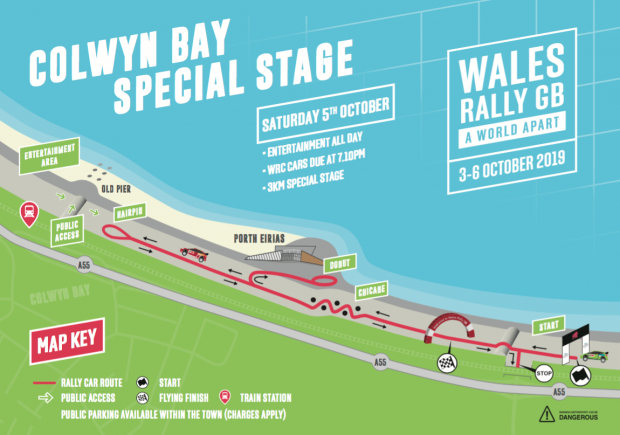 The Welsh resort of Colwyn Bay on the coast of north Wales will host the FIA World Rally Championship action this autumn.

Although the full competitive route for this year’s Wales Rally GB (3-6 October) will not be revealed until later in May, it was announced this week that the event will include a dramatic new speed test on the town’s popular Promenade, replacing the dash through the streets of Llandudno, and where a participant in the event’s public attractions sustained serious injuries last year.

This news extends the world class event’s presence in County Conwy following confirmation that the Rally HQ and central Service Park are moving into the heart of Llandudno. It also comes ahead of this weekend’s Prom Xtra family event in Colwyn Bay at which Wales Rally GB will have a significant presence.

October’s spectacular new Colwyn Bay speed test is scheduled for prime time on early Saturday evening (5 October) to maximise its appeal and will be the headline of a packed programme of car-themed activities and entertainment.

Adding to the atmosphere further funding has been secured in principle from the Bay of Colwyn Town Council for simultaneous entertainment in both Colwyn Bay and Rhos-on-Sea town centres.

Now the arrival of the World Rally Championship will bring further prestige to Colwyn Bay and the entire Conwy region with a special two mile (three kilometre) course planned for the Promenade including chicanes, donuts and a hairpin with competitors racing individually against-the-clock.