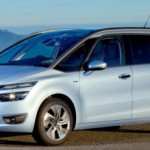 The Citroen C4 Picasso is a car which comes with an ahah. With the family MPV sector booming but so many models almost indistinguishable the C4 stands out from the rest. Not only is it very different from the outside with its finely detailed lights and body style but inside you enter a new-world experience with its column gear selector on the automatic we tested, the very big centrally … END_OF_DOCUMENT_TOKEN_TO_BE_REPLACED 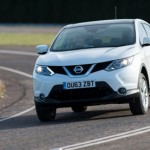 The Nissan Qashqai is a very unusual vehicle, but not for the reason you may think. It created the modern crossover sector when it was launched in 2007, but that’s not what I mean by unusual. It is UK designed and produced in several places around the world, that’s not unusual either, and one of those is Sunderland. Even that fact is not to be considered strange either as Nissan has been … END_OF_DOCUMENT_TOKEN_TO_BE_REPLACED