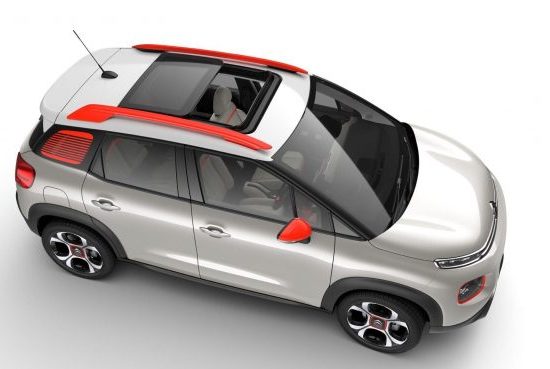 It must be the French attitude towards life because it seems every few months we get a new Citroen joining the family.

The newest arrival in the C3 range is the Aircross compact SUV but it could become an important member as this model series runs to over a dozen versions based on three trim levels, manual or sequential automatic transmission and 82-130hp diesel or petrol engines costing between £14,000 and £19,810.

Its highly personalised trim and equipment can be added to with special paint and options to make each one stand out.

The most popular version is the model we tested with the core 1.2 litre triple-cylinder petrol engine in mid-range Feel trim inc. 16-inch wheels, leather steering wheel, LED lights and turning beams, mobile compatibility with touchscreen, tinted windows and powered mirrors. Our test model was fitted with £2,920 of options including a massive sunroof, navigation, city pack and personalised metallic paint options and details.

The engine has earned a reputation for good performance in terms of power output, flexibility and economy, allied with a generally quiet nature. 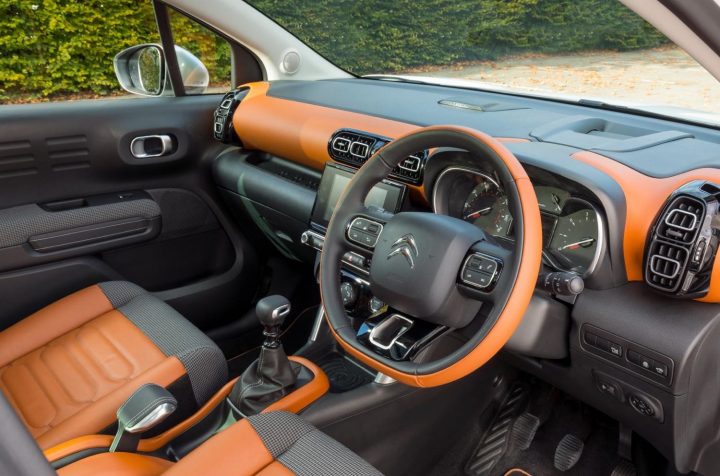 In the C3 Aircross Feel it was matched with the standard five-speed manual gearbox and while this was good for urban traffic and most journeys the lack of a sixth gear at times was frustrating and must have affected overall fuel economy.

It nudged 40mpg but I think an additional gear would push it closer to 50mpg if there was a lot of motorway or main road driving in your regular routine.

When it was extended, particularly with four aboard, the engine noise through the intermediate gears was intrusive and overcame the constant road rumbles and bump-thump noises from the wheels and suspension.

The fact it actually rode very well over bad surfaces was testament to its engineering and small wheels and despite a tendency to roll on tighter turns, the C3 Aircross actually felt surefooted and comfortable nearly all the time.

Handling was a bit stodgy but it’s not a sporting model after all, and what it lacked in sharpness it compensated with ease of manoeuvring, particularly when parking. 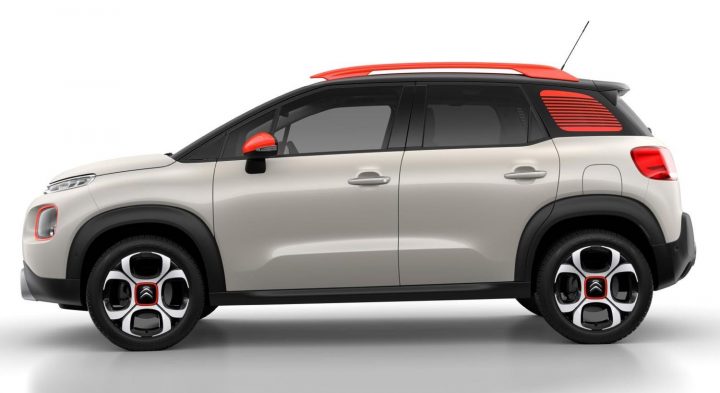 The lack of sensors was surprising in a family car expected to spend a lot of time in urban situations but the good visibility from the low waist, big windows, powerful lights with “around the corner” illumination, and big wipers meant you could confidently place it anywhere, The city pack is a good investment for parking.

Major and minor controls worked well without any effort, the brakes were very powerful but needed only light pressure underfoot, clutch was long travel but smooth and the switches and stalks were sensibly placed and the usual instruments were big and clear to read.The central touchscreen performs many tasks and using features can be distracting, particularly in traffic, but the display is 7-inches and very clear.

Heating and ventilation worked well throughout the cabin and the amount of oddments space was excellent whether infront or the back. 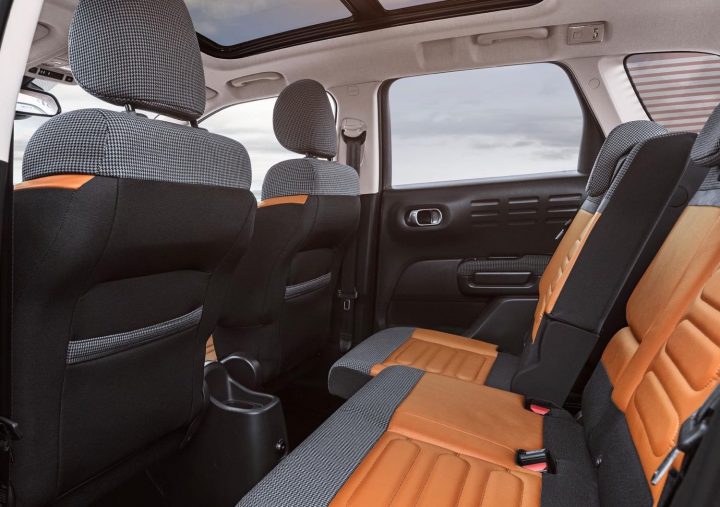 Boot space was a useful volume even when the back seats were taken and it’s worth mentioning here that the back seats had two tilt adjustable positions and were split 60/40 to maximise practicality and comfort. Access throughout was very good and the seats extremely well padded, had good adjustment and support for a longer journey, helped by adjacent 12v points for mobile equipment. It is clear a lot of good thought and execution has gone into the C3 Aircross. 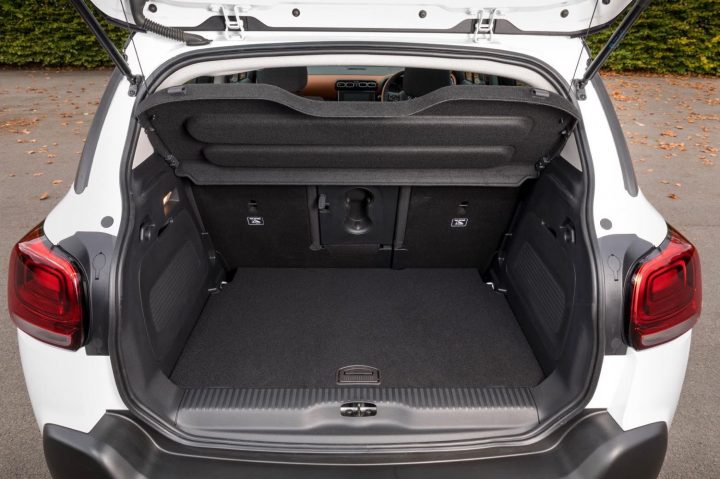 It was a willing and eager performer and one-up the speed quickly built to keep up with busy traffic, it was effortless in traffic and particularly relaxing on quieter country roads. The overall fuel figure was achieved without compromising overtaking ability with modest power underfoot.

A few commented on the paint highlights to the mirrors and quarter-panel windows but there’s no doubt it was eye-catching and the tinted back windows maintained some privacy and coolness. Families frequently need that and the C3 Aircross provides so much for them.