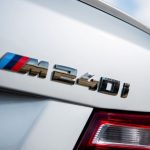 At their annual end of year UK automotive media briefing BMW released images of their new 5 Series Saloon and Touring estate ranges which will be in the UK from February next year. Although not their largest selling model ranges the 5 Series accounts for one out of every four Euros the company makes. In the UK the 5 Series sells in the region of 15,000 units a year. Other news … END_OF_DOCUMENT_TOKEN_TO_BE_REPLACED