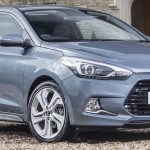 Horses for courses shows that Hyundai is not a one-trick pony. Founded as an engineering company in 1947 and a car company twenty years later, it relied on British, Japanese and Italian expertise to introduce its first model in 1975, the Pony. Since launching into the UK market in 1982 it has spread worldwide and became a manufacturer’s brand in 2005. It now sells city cars, family cars, … END_OF_DOCUMENT_TOKEN_TO_BE_REPLACED