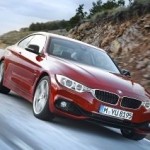 If you ever doubted that a crisis creates opportunities, you only have to look at the BMW 3 Series. After the Middle- East oil shortages in the early 1970s, BMW introduced the 3 Series as an economical and affordable small executive car and it became their best seller by far. Now it has been replaced by the 4 Series, but in fewer body-styles for now, and while it does not set have the same … END_OF_DOCUMENT_TOKEN_TO_BE_REPLACED