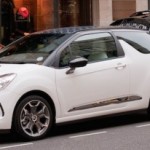 There are many hot-hatches, but only one DS series which stands out from the crowd. DS models were launched by Citroen in 2009  and became the sporting range, but at the Geneva show in 2015 it was announced the DS would become an individual brand within the PSA Peugeot Citroen family. That’s 50 years after the famous and large Citroen DS series was created and established the brand’s luxury … END_OF_DOCUMENT_TOKEN_TO_BE_REPLACED