You are here: Home / Education / Williams converts kit for charity 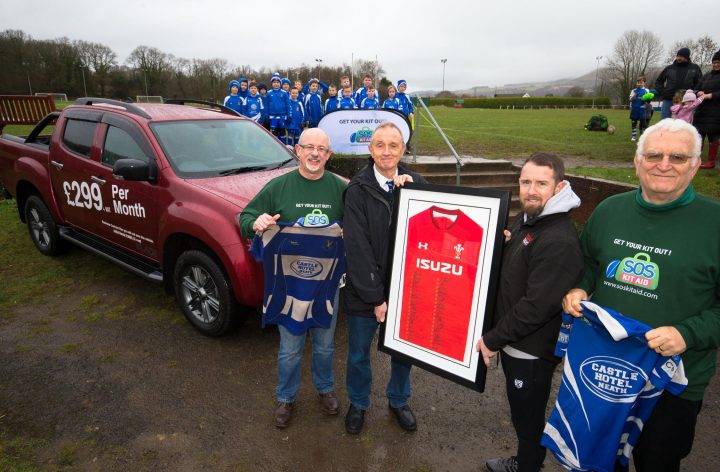 SOS KitAid recycles sports kit for the benefit of young people in the UK and overseas so they are given a sporting chance.

The charity makes a positive and tangible impact on children’s lives by giving them the chance to participate in sporting activities; promotes social inclusion; and protects the environment by making a significant impact on the amount of sports kit ending up in landfill sites.

On arriving at the club Shane first held a masterclass coaching session for the Club’s junior section before helping load the sports kit collected by the club on to the back of the ISUZU pick up.

Shane thanked Club Chairman Richard Longman for all the Club efforts and presented him with an exclusive signed Welsh rugby shirt (above).

John Broadfoot, CEO of SOS KitAid commented, “We are delighted to see such enthusiastic support from Bryncoch RFC. The kit collected today will make a real difference to the sporting lives of disadvantaged young people.”