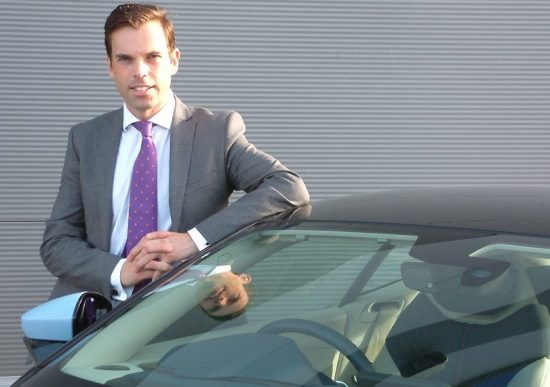 The closure of Ford Bridgend Engine Plant will have a devastating impact on its employees, the supply chain and Bridgend, said Minister for Economy and Transport Ken Skates.

“Earlier today I spoke with Graham Hoare, Chairman of Ford UK, who informed me that the company intends to begin a consultation to close its Bridgend engine plant in September 2020 to move production of its Dragon engine to Mexico,” said the Minister.

“I expressed my deep disappointment at the decision and explained the devastating impact it would have on the workforce and their families, the wider supply chain and the town of Bridgend.”

The Ford plant has been an integral part of the community in Bridgend for nearly four decades.  The good quality jobs it has provided, the local supply chain businesses it has supported and the opportunities it has afforded to successive generations of families in the local community has been critically important.

It has helped shape the identity of the town as a place of world class manufacturing and skills, and contributed hugely to the wider Welsh economy. A recent Economic Assessment found that the plant’s hard work has injected over £3.3bn into the Welsh economy over the last decade.

“Today’s news is bitterly disappointing and my heart goes out to the workforce and to the town who deserved so much better from a company that they have served so loyally for many years. In today’s announcement, Bridgend  is the only Ford site in the UK to be targeted for closure or job losses.”

The Minister went on, “Just as the Welsh Government stood by our steel communities in 2016 so we will again stand by the people and the town affected by this news.  I have today begun the process of establishing a taskforce to work with partners over the difficult weeks and months ahead to help find a sustainable, long term solution for the plant and its workforce.

“We are acting quickly to progress this and already this morning have approached a prominent figure from the automotive sector to ask them to Chair the taskforce.

“Over the last 24 hours I have been speaking with unions, and to the Secretary of State for Business, Innovation and Industrial Strategy Greg Clark. I called on the UK Government to now step up to support the automotive sector through its UK Industrial Strategy, to help secure the long-term future of this vital  industry in UK through R&D and investment in skills.

“Significant public money, amounting to more than £143m has been invested in the Ford Bridgend site since 1978. Welsh Government financial support worth in excess of £63m has been directly offered to support jobs at the plant since 2006, alongside a wider package of training and infrastructure support. There is no doubt that production of the Dragon engine only came to Bridgend as a direct result of Welsh Government investment.

“Like all vehicle manufacturers, Ford is facing major global challenges in terms of climate change and new alternative technologies.  Ford have a fantastic asset both in the workforce and at their plant in Bridgend and I call on them again to re-think this decision as they respond to that future.

“I would also urge the UK Government to understand how sensitive a time this is for industries, such as automotive, both in Wales and across the UK.  As companies in that sector and its wider supply chains, make decisions about how to deal with those long-term challenges and make long-term investment plans, so they need certainty about the competitiveness of the UK economy over the long-term.  That requires, more than ever, a sensible approach to Brexit.”