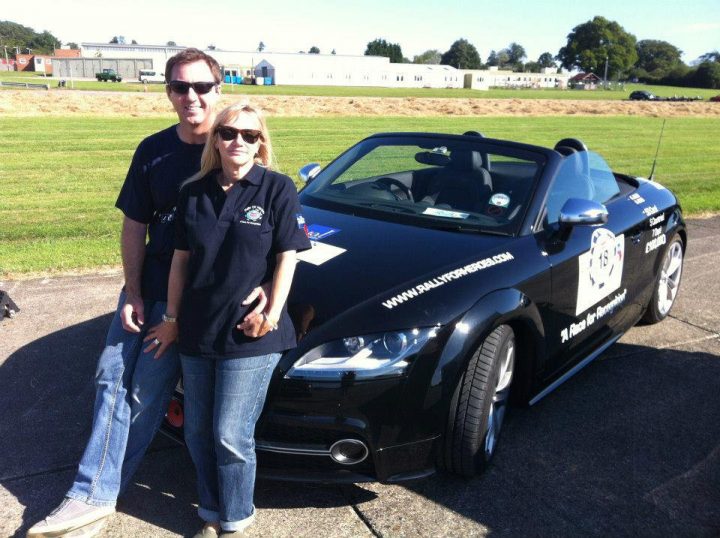 A Welsh couple are giving up their summer holidays to help ex-services personnel.

Karen and Wayne Jones  will be taking part in this year’s Rally For Heroes 2018 event across Europe in their modified Audi TTRS.

Rally For Heroes has been raising money for service charities that provide vital support to our armed service men, women and their families for 8 years and is staged biennially.

In previous years, RFH has supported the Royal British Legion and Help for Heroes, but since 2014 they have supported SSAFA – the Armed Forces charity, formerly known as Soldiers, Sailors, Airmen and Families Association.

SSAFA is the UK’s oldest national military charity to relieve need, suffering and distress amongst the Armed Forces, veterans and their families in order to support their independence and dignity. In fact, SSAFA goes so far as to provide lifelongsupport to serving men and women and veterans from the British Armed Forces and their families or dependents.

Karen and Wayne are both Welsh, hailing from Bagillt near Flint in North Wales. They currently live in Gorsedd, so have easy access to the some of the best UK driving roads in the Snowdonia National Park and the Brecon Beacons.

They both have links to the Armed Forces; Karen worked for Service Children’s Education (SCE) in Cyprus and then in Germany where she first heard about RFH and got involved.  Wayne was employed by the UK Ministry of Defence at RAF Sealand in North Wales and currently works for BAE Systems.

The regiment that Karen was attached to in Germany was deployed to Afghanistan and she saw first-hand the impact that had on the families.

They will set off once more from their home in Gorsedd, North Wales for the start from Horse Guards Parade in London on the 2 August.

They will pass and through France, Switzerland, Italy, Slovenia, Croatia, Bosnia, Austria, Germany and Luxemburg before crossing the finish line at Waltham Abbey back in England on the 11 August. 50 cars will drive 3,000 miles through 10 Countries in 10 days, with the aim of raising £100,000 for SSAFA. All the participants pay their own costs for the event and must also raise a minimum of £1500 per car for SSAFA. This years’ RFH event will take the total money raised by RFH past the £500,000 milestone, an incredible achievement.

You can support Karen and Wayne to raise money for SSAFA by donating at: