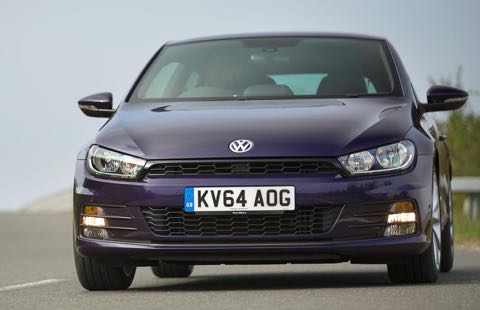 It’s easy to understand why the Volkswagen Scirocco has been an enduring success.

Over three generations since 1974, the smart coupe body has embraced a range of ultra reliable powertrains.

These have been consistently updated and improved while the interior blends purpose, practicality and panache.

Little wonder the Scirocco has been copied by competitors but who failed to capture its enduring essence and have since evaporated and left the market open to the Volkswagen coupe.

Today, the range updated in 2014 after being launched in 2008 now runs to about 20 models in Britain with 125 to 184 bhp, petrol or diesel engines and with manual or automatic transmissions and just a few trim levels.

Our best selling version, the 2.0 GT 2.0TDI blends flair with fuel-saving and it’s a delight to drive or even park on a forecourt and refill with its modest thirst.

The gutsy four-cylinder engine has minimal turbo-lag so it quickly gets going from standstill and with the right gear in hand it is very quick and safe overtaking slower traffic.

The short action progressive clutch is matched to a neat and slick gearchange while the steering offers a good turning circle in town and excellent feedback on open roads, and there is always that immensely inspiring braking power underfoot.

For a sporting couple it also rides rough roads with ease even if you can hear the suspension coping without complaint or discomfort inside the cabin.

The seats infront are big and very supporting with good adjustment range but the rear pair are buckets and not ideal for longer journeys with limited leg and headroom for occupants. 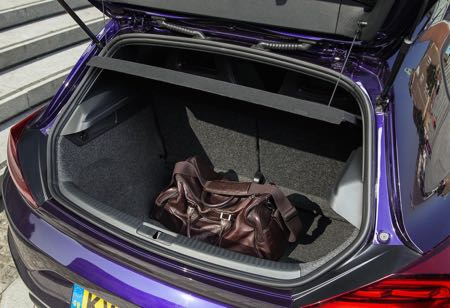 There’s good oddments room throughout and the boot holds about 300 to 1000 litres behind a high sill with a big opening and fold down seatbacks for practicality.

Heating and ventilation are good with powered front windows supporting the air conditioning but no sunroof is available, which is a pity. 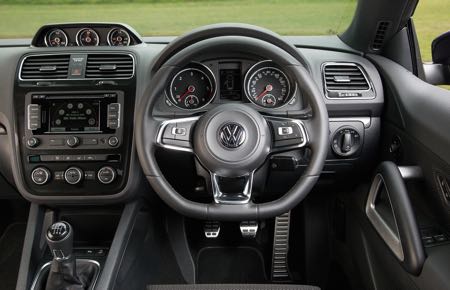 Visibility is fairly good despite the sloping roofline, high tail with low side rear windows as well, and lights and wipers do a great job in poor visibility.

Inside the secondary controls and instruments are well placed and there are a lot of dials to take in but I loved the characterful collection of instruments in a binnacle on the top of the fascia.

The Volkswagen Scirocco is really at its most economical cruising on motorway or main roads and economy can head over 60mpg as I found out but when you cover a mixture of roads it drops to a realistic 50mpg approximately, which is still good. 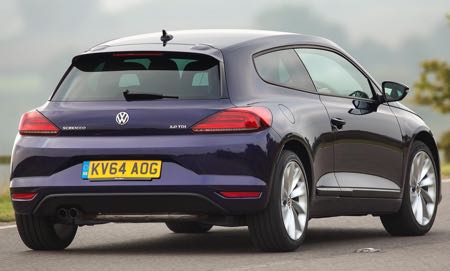 It’s good because this coupe loves to be driven hard and it handles and grips well and with reassurance irrespective of the road beneath.

Personally, I believe its one of the most distinctive cars on the road today which does not have an exotic badge on it.

Scirocco is an individual model, for those who like to be different to the herd.