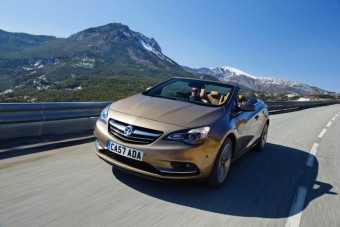 Hats off to Vauxhall for bringing us the Cascada convertible.

Most of the current crop of soft tops are either smaller two and two-plus-two cars or higher priced executive playthings with two or more seats but not a lot of room. The Vauxhall Cascada takes the best of all features and delivers them in a reasonably priced and roomy package.

Our 2.0 SE is the lower specified version with the less powerful diesel engine and a manual gearbox which is also expected to become the best seller in the series.

It’s easy to see why. The powertrain is very forgiving, has good punch when four-up, is flexible if you don’t want to stir it along through the gears yet its possible to comfortably top 40mpg overall, even if that’s a surf-board short of the claimed combined consumption. 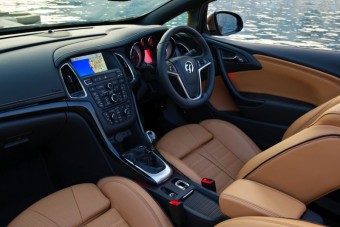 Once I became use to the surprisingly long travel clutch when changing ratios the gearbox was very direct and precise and there always seemed to be a gear to hand for the road under the wheels. It was very easy to live with in town and country.

That was helped by the very strong brakes and a nicely balanced weight and feel to the power steering as well as a good turning circle when maneuvering.

In typical Vauxhall style the secondary controls were tightly grouped around the wheel and column for convenience and the instruments were big and directly infront of the driver for ease of reading and clarity.

Air conditioning was very effective with the hood closed and the system was powerful enough to fill the footwells with  warm air when the top was down. Opening and closing the roof was convenient and quick. 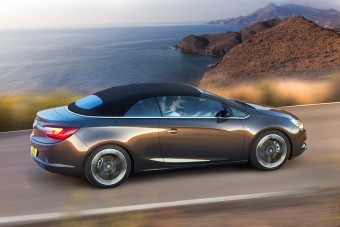 With the hood in place you lost quite a bit of over-the-shoulder vision and an uninterrupted view of the back when reversing but a rear parking sensor is standard and earns its keep.

Oddments room was good throughout, even those in the back had somewhere to put items, and the boot’s modest 280 litres almost tripled when the back seats were folded.

For the driver and passengers access was good, a little more of a challenge climbing into the back but much easier than many hatchbacks, and room was generous once seated. Front seats had a very good adjustment range.

The Cascada’s firm ride was surprisingly good over all surfaces and it was not put off line by mid-corner bumps and was entirely safe and sure-footed in nature. 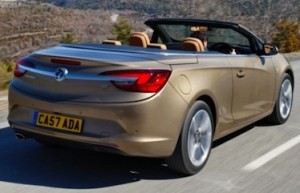 Noise levels were low in all areas. Even the wind noise was muted and not annoying for a convertible, and the most noticeable was the rumble from the roadwheels. I think Vauxhall is onto a winner with Cascada as its mainstream rivals have nothing to match it and its build quality is up to that of perceived executive rivals, making it an attractive alternative to them as well. Cascada is going to leave competitors scratching their heads to better it.