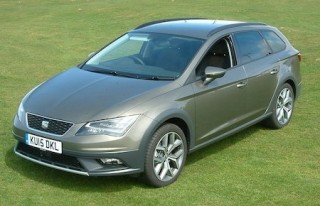 SEAT hopes its newest estate will have the X-factor to win over thousands of UK buyers.

A natural successor to the Ibiza, Exeo and Cordoba sports tourers, the newest addition to the Leon line-up offers a useful 587 to 1470 litres loadspace and room for up to five.

There are SE and SE Technology trim levels with the emphasis on more sophisticated sound and nav systems in the latter, variable dynamic settings, high performance lights and sports seats.

All versions come with intelligent four-wheel-drive and taller suspension than the standard Leon and it pulls up to 2000 litres in a trailer.

We tested the anticipated best seller in the series, the 150PS 2.0TDI with six-speed manual gearbox and it was as at home on farm tracks as fast motorways.

Over a mixture of roads we averaged 53mpg but at worst it only went down to 49mpg after a long drive at motorway speed and it quickly recovered its frugality when flitting through open countryside.

The powertrain is well matched, smooth and quiet with good pulling from low revs, a useful flexibility mid-range and quite long legged ability when you are not in a hurry.

Clutch was light, gearchanges short and direct while the mutli-adjustable column and steering ratio can be fine tuned to taste and was always communicative with the brakes effortlessly hauling it down from speed. The handbrake’s set for left hand drive use and you can find bottles in the way if in the central console. 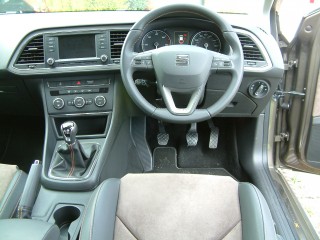 The SEAT Leon X-Perience really had a sporting feel to it despite its additional height. It gripped well, cornered faithfully and overall felt agile and enjoyable to drive in a hurry.

Secondary controls are mostly grouped on stalks around the column and some are clear but the cruise and radar stalk may be hidden from view and not easy to use or quickly and safely found.

Instruments were large and clear with a multi-function display immediately infront of the driver and it was straightforward but worked only in a set sequence of scrolling up or down.

The display on the top of the central console operated various additional features in the SE Technology and it was best to set these up in advance than on the move.

Heating and ventilation was simple and effective with good control and range backed up by four powered windows. 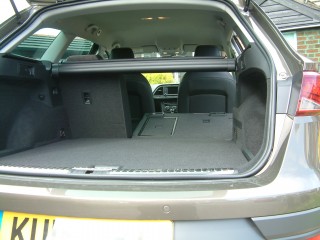 Oddments space was fairly good throughout and the low loading floor had a good protective metal edge-plate under the fifth door, a regular shape and useful side bins.

The back seats did not fold completely flat but had a useful 60/ 40 split and a through-loading hatch for long slender items. Some liked the mixture of alcantara and leather, others did not, but the seats’ shape was good and supportive with plenty of adjustment room on the front pair.

Visibility was reasonably good through the windows but the high bonnet and tail meant some things were out of sight when close and you relied on the sensors to alert you to their proximity. I liked the high performance lights and the very effective front and rear wash/ wipe system.

Noises were generally low. There was modest road rumble and suspension sounds and it was really the hard-pressed engine which made itself heard under load. The low noise levels, good dynamics, and lack of any irritating rattles conveyed a sense of a car well made, one which stood out from the chorus of competitors. It’s an X-factor finalist for sure but you’ll have to judge if it’s for you after a test drive. 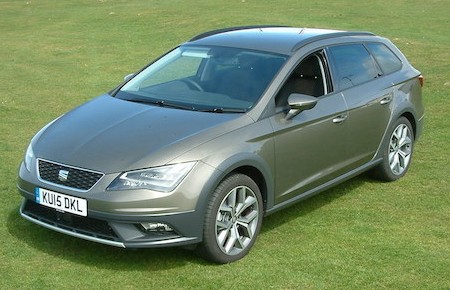